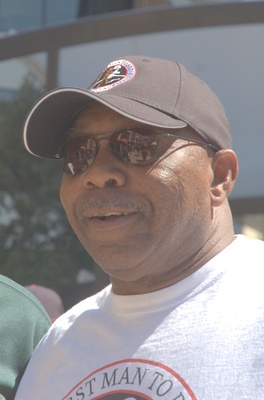 The final heat of the 100m was also the first all black final in Olympic history. This was at a time of race riots around the U.S. after the assassination of Dr. Martin Luther King, Jr., and the controversial idea of admitting then apartheid South Africa into the Olympic Games. 1 The 1968 Olympics are also where Tommie Hines and John Carlos gave their famous Black Power salute.

Hines was born in Arkansas, but raised in Oakland. He graduated from McClymonds High School in 1964. Hines played baseball before being recruited for track. He briefly played professional football in 1968-1970 for the Miami Dolphins and Kansas City Chiefs. He was fast, but didn't have the requisite football skills. 1