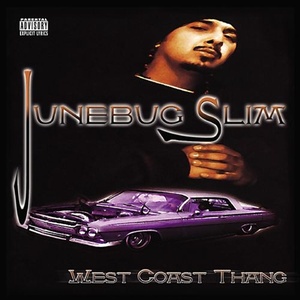 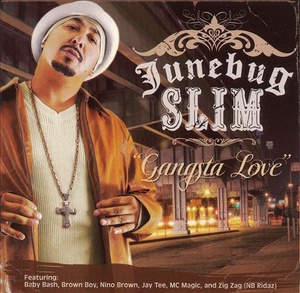 Junebug Slim is an underground Chicano rapper who has had a pretty solid career in rap since 1996. He is originally from East Oakland; he grew up on 71st ave near the Oakland Coliseum. He Later moved to Sacramento, CA. He has rapped with many well-known West Coast rappers including Kid Frost, Baby Bash, Player JT from N2DEEP, and has been on many compilations and mix CDs.

His first album was West Coast Thing (1997) in it he has a song called Much Luv where he talks about growing up as a teen in East Oakland. He has made several albums since.