The Keep it Fresh mural was on a wall near the Pretty Lady Cafe in West Oakland.

The original mural was by Griffin One, Max Ehrman, and Ernest Doty and called "Behind the Looking Glass." At some point part of the mural was re-painted and renamed "Keep it Fresh." The new mural is signed by Griffin One and CBS. 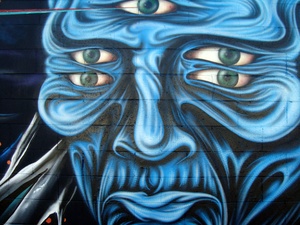 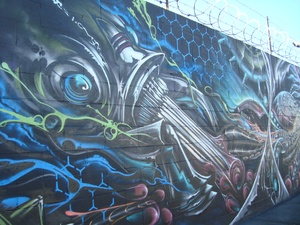 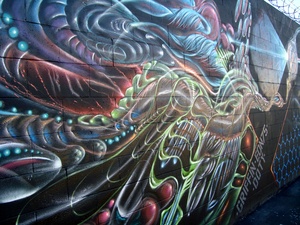 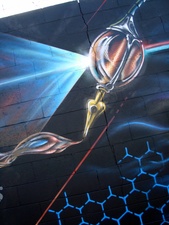