Dr. Lawrence Paul Crouchett (March 18, 1922 – May 11, 1993) was an African American historian who was one of the founders of the African American Museum and Library in Oakland, California. Dr. Crouchett was also the author of books on the history of African Americans, including Visions Toward Tomorrow: The History of the East Bay Afro-American Community, 1852-1977 available at several branches of the Oakland Public Library.

Born in Beaumont, Texas on March 18, 1922, Lawrence Crouchett attended Hebert High School. Following graduation, Crouchett served with the M25th Infantry of the United State Army until 1945 when he was honorably discharged.

Crouchett attended Tillotson College in Austin, Texas, where he graduated with honors receiving his B.A. degree in History, with a minor in Political Science. While at Tillotson, Crouchett was President of the Black History Club, Youth Leader of the NAACP, and served as President of the Student Body. He was the varsity quarterback of the football team for two years, played for one year on the basketball team, and three years on the baseball team.

Moving to California to distance himself from the racial violence of the South, Crouchett attending the University of San Francisco Law School, but a lack of finances forced him law school after only a year and a half. Crouchett went on to teach economics and history in Berkeley and North Richmond schools in the late 1950s, and in 1960 he was elected President of the California Teacher's Association in Richmond.

For his radio program Issues on Education, which was broadcast on KDIA Radio Station radio, Crouchett won the John Swett award.

As an instructor of U.S. History at Diablo Valley College in Pleasant Hill where he began teaching in 1962, Crouchett compiled extensive bibliographies on African American history. One of his goals was the integration of ethnic studies into the mainstream general education curriculum at both the public school and college levels with the revision of curricular and instructional programs, as well as teachers handbooks.

At Diablo Valley College Crouchett was promoted to Director of Special Programs and Services. The position allowed Crouchett to utilize his research from his graduate studies in Higher Education Administration at the University of California, Berkeley.

Crouchett's dissertation The Relationship of Ethnic Studies Programs to the Potential Renewal of Interest in General Education lead to his involvement in the revision of Diablo Valley College's ethnic studies programs. While at Diablo Valley College Crouchett also developed the affirmative action program, and as the Director of Special Programs and Services, he oversaw services for handicapped students, financial aid, health services, the Associated Students, and the Learning Center.

Crouchett was awarded the Outstanding Educator in America award in 1971 for his many achievements in education.

Dr. Crouchett retired on July 1, 1983, though he certainly did not slow down. He continued work as an African American scholar promoting pride and awareness through his historical studies.

In 1988 Crouchett became the Executive Director of the Northern California Center for Afro-American History and Life (NCCAAHL). Under his leadership the NCCAAHL received a State of California grant to fund the Visions Project, which included the book Visions Toward Tomorrow, which he co-authored with Lonnie G. Bunch, III and Martha Kendall Winnacker. Published by the NCCAAHL in 1989, the book was the first on the history of the African American community in the East Bay. That same year, part of the grant also funded the NCCAAHL exhibition on the contributions to the development of the East Bay by African Americans. The exhibit at the Oakland Museum, entitled Visions Toward Tomorrow: the History of the East Bay Afro-American Community, 1852-1977 was the first African American exhibit developed and curated by a Black organization, and was viewed by 50,000 visitors.

"The Visions Project and the 1990 debut of the From the Archives newsletter, edited by Crouchett, announced a more scholarly direction for the NCCAAHL." 1

Following Dr. Crouchett's death in 1993, the NCCAAHL was merged into the Oakland Public Library, and became the African American Museum and Library in Oakland (AAMLO). 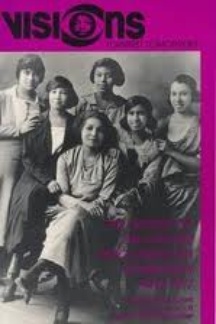