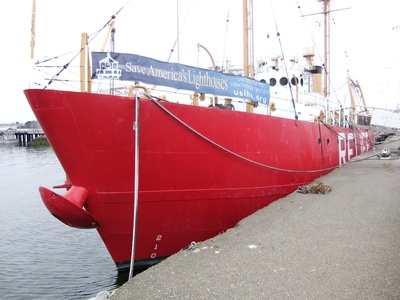 Lightship Relief
photo from Our Oakland The Lightship Relief is a historic lightship (i.e., floating lighthouse) that is docked at Jack London Square near the USS Potomac. It is more formally known as the Lightship WLV 605, and was commissioned in 1951 as the Overfalls. It served off the coast of Delaware until 1960, then moved to the west coast where it served off the coast of Mendocino until 1969. From 1969 to 1975 it served as a relief ship for other lightships that needed to leave their stations for maintenance or repairs.

Now the ship is available for free tours on Saturdays and Sundays 11am-4pm, when a docent is available. Note that they generally only give tours to groups, so if you show up by yourself you may be out of luck until more people show up. 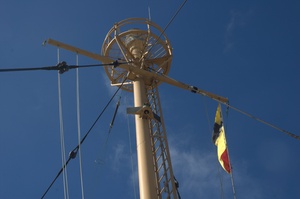 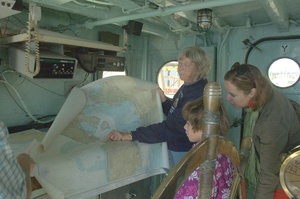 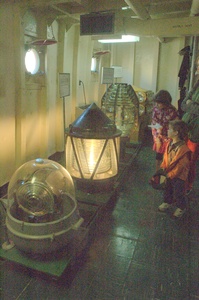