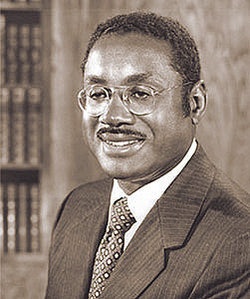 Dr. Marcus Albert Foster (March 31, 1923 – November 6, 1973) was the first Black superintendent of the Oakland Unified School District. He was murdered by the Symbionese Liberation Army (SLA, of Patty Hearst fame) because they mistakenly believed he supported student ID cards, police in schools and other Big Brother-esque stuff.

The youngest of 5 children, he was born in Athens, GA into a family of educators. His family moved to Philadelphia, PA when he was 3 years old. He attended high school and Cheyney State College in Philadelphia. He earned educational degrees from the University of Pennsylvania, Lincoln University, and St. Joseph's College. He was a teacher and principal in several elementary schools, teaching multiple subjects. He was the principal of Simon Gratz High School, where he started new programs and initiated community involvement. 1

Dr. Foster accepted the position of Superintendent of Schools for the Oakland Unified School District, arriving in Oakland in June 1970. He was the first black man to head a major U.S. school district 1. He employed his belief in community involvement, setting up a "Master Plan Citizens Committee". He decentralized the school system, dividing the city into 3 regions 1.

On the evening of November 6, 1973, Marcus Foster and his deputy Robert Blackburn were shot by SLA gunmen with bullets containing cyanide, but Blackburn survived and was treated at Highland Hospital. Foster is buried in Mountain View Cemetery. His wife Albertine (Abbe) Foster died on December 27, 2011, and is buried alongside him.

His wife, Albertine was a teacher and administrative assistant. The Fosters daughter, Marsha, taught in Castro Valley 1 and was attending Stanford University at the time of Marcus' assassination. Barney Hilburn was the president of the school board at the time and a friend of the Foster family. 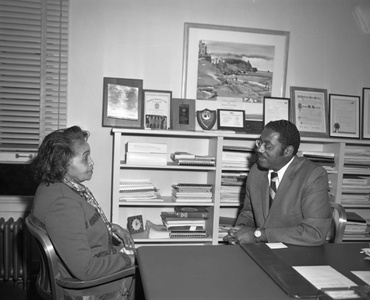 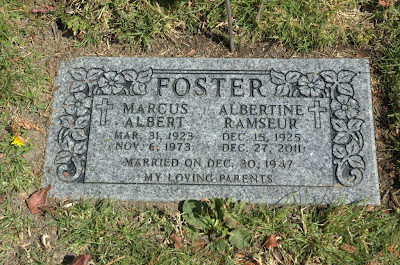