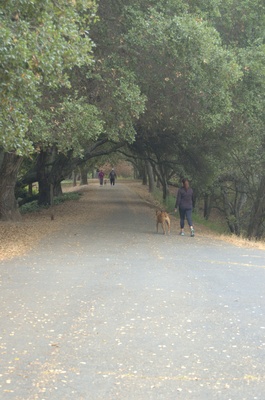 The Montclair Railroad Trail follows the former Sacramento Northern Railway right-of-way from behind Montclair Village, up through Shepherd Canyon, to the corner of Saroni Drive and Shepherd Canyon Road.

The gentle grade and proximity to the village make it a popular place for walking or for people exercising their dogs. This was one place in Oakland where dogs were allowed before the dogs-in-parks law in April, 2014.

It also serves as an important connector for pedestrians and cyclists from the village to further up into the hills, as there are few sidewalks in the area and many of the streets are relatively narrow and steep.

From the end of the trail at Saroni Drive, there is a designated bike route up Saroni and other streets all the way up to Skyline Blvd.

Along the trail there are a number of interpretive signs about the Sacramento Northern and "the Shepherd Canyon Highway that almost was". These were placed as part of an Eagle scout project by Daniel Levy. 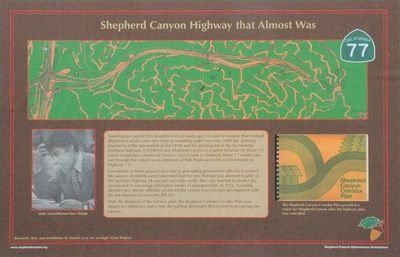