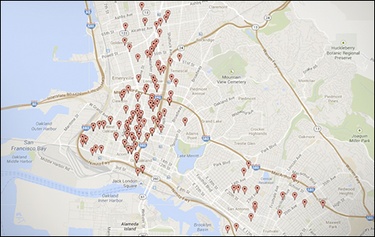 According to an April, 2014 article in the East Bay Express:

"According to the Alameda County Assessor's Office, Sullivan's companies own approximately 270 parcels of real estate in Oakland."

"The tens of millions of dollars that Sullivan raised to buy up these houses came from a wealthy network of hedge fund investors. A securities filing from September 2008 listed Thomas Steyer, Rajiv Patel, William Duhamel, and Ryan Schaper as investors in Sullivan's three funds."