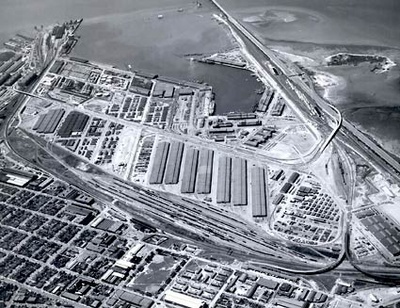 A 1950 aerial view of the Oakland Army Base, situated just south of the San Francisco Bay Bridge. (Port of Oakland Archives-Pacific Gateway Collection)

Construction of the base began in January 1941 and following completion, was commissioned on December 8, 1941.

According to the California State Military Museum the mission of the base "was to ship the Army's men and material into the Pacific areas of operation. During the war tens of thousands of soldiers and 25 million tons of supplies flowed through this terminal. In January 1944 it was renamed the Oakland Army Base. Also in 1944 Italian Service Units, comprised of former Italian prisoners of war, began to work here. At the end of the war, the base served as a reception center for service personnel returning from the Pacific. After that, it was a major distribution point for war surplus material. The Oakland Army Base functioned throughout the Cold War and was closed in the 1990s." 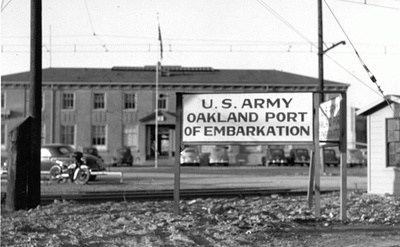