"In 1970, in Oakland, David Hilliard created the idea for the first full time liberation day school. This school, and its attendant dormitories in Oakland and Berkeley, was simply called the Children’s House." Ericka Huggins, former Director of the Oakland Community School [source]

The Oakland Community School was a Black Panther-run liberation school that operated in Oakland from 1973 to 1982. The school evolved from the Children's House (started in 1970 and later renamed Intercommunal Youth Institute (IYI)), an earlier Black Panther education project. Located at 6118 East 14th Street (now International Blvd) in Seminary, the school operated on liberation & empowerment principles with a curriculum that included both education in practical skills and consciousness raising/community building. In addition to classroom-based instruction, the school offered a lot of field trips and extracurricular activities. According to one instructor, "We take them out on Prospect Avenue to a block of dilapidated houses to check out genocide. We show them exposed lead pipes where they can get lead poisoning and TB." [Payne and Strickland, 106]

The school also had a Youth Committee (YC) that allowed students to have a "horizontal relationship" with teachers. The YC operated an in-school youth store, hosted KIDS (a children's radio program), published a newsletter, ran its own judicial system called the Justice Board ("a body which handles the children's interrelations and their student understanding of school rules" [Black Panther, 1974l, p.4, via Payne and Strickland, 107]), called assemblies to hear suggestions and criticisms from students, and voted to create a tutoring program. [Payne and Strickland, 107] 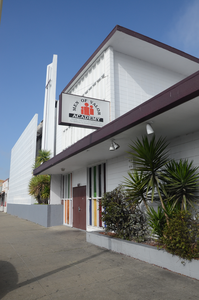