More information on the Oakland Convention Center is available on the Center's website. 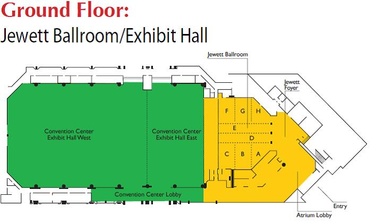 The Exhibit Hall within the OCC is shown in green; the yellow area  is the Jewett Ballroom within the Marriott (from OCVB) 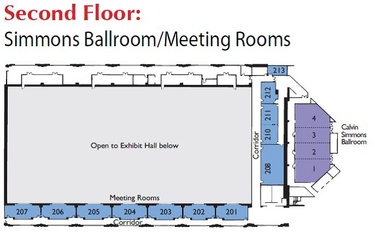