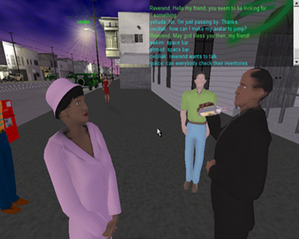 This is a 3D video game made of the post-war jazz and blues scene in West Oakland, known as the "Harlem of the West". Isn't that weird and interesting? :]Oakland Wiki was featured on the April 12th episode of Oakland Nights Live, a late night variety show held once a month at the Sudo Room! The people who organize the event are quite into local history, and always include a segment on it during their shows. The looove Oakland Wiki and want to collaborate with Oakland Wiki peeps to get fascinating local history content on their show and out there in the world in the form of a Trivia Segment!

So how do we contribute to the May segment? Please lay down your ideas!