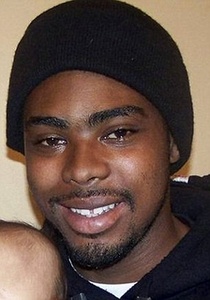 Oscar Grant (Oscar Juliuss Grant III) (February 27, 1986 – January 1, 2009) became a martyr to police brutality in the early hours of January 1, 2009 when he was killed by BART police officer Johannes Mehserle with one shot to the back as he lay face down on the Fruitvale station subway platform, after being pulled from a train for allegedly fighting. He was unarmed. Mehserle claimed he meant to pull his Taser, but grabbed his pistol instead; unfortunately for him (and the blue code of silence in general), this took place in front of a parked train full of witnesses, who immediately began uploading their camera-phone footage to YouTube and news sites, triggering a national uproar within hours. Mehserle would not be able to easily talk his way out of this predicament.

The Oscar Grant Foundation was founded by Cephus"Uncle Bobby " Johnson the Uncle of Oscar Grant in September 2010 specifically to assist families through the initial aftermath of a traumatic event caused by violence sustained at the hands of law enforcement officers. Its Family First-Responders Crisis Team provides comfort, needs assessment, emergency counseling and resource-referral information to families in need, bridging the gap between the extended family’s natural emotional response and that of objective, caring, knowledgeable individuals who can make appropriate services and resources available.