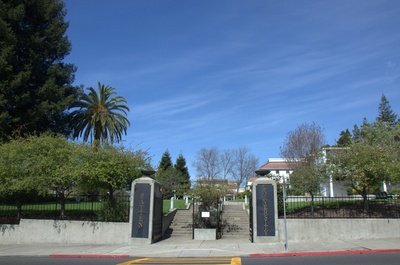 Patten University is a for-profit 4-year university located along Coolidge Avenue in Oakland. Patten was founded in 1944 by evangelical Dr. Bebe H. Patten as a religious school, but gradually came to offer a more secular curriculum with fewer religious programs.

In 2012, Patten was purchased by UniversityNow and turned into a secular, non-sectarian institution. Read more about that in this NYTimes article from 2013. Note that the article says that Patten had on-campus courses. This is no longer the case. They are now online-only.

Tidbit: according to Councilwoman Desley Brooks, Patten offers city employees free 4-year tuition. <== This is not a tidbit, it is correct:

Patten began recruitment efforts by announcing the College Works scholarship for the cities of Oakland, San Francisco and Sacramento. Residents of each city with access to employer tuition subsidies are eligible for a discount that covers the gap between the employer subsidy and cost of tuition — that is, they go free. [NYTimes, 2013-11-03]

UniversityNow's purchase of Patten is endorsed by the city:

“The mayors of Sacramento and Oakland endorsed the deal,” Mr. Wade says. “This essentially means that they promoted the program to city workers and gave us a quote for a news release. Once city employees heard about it, word of mouth took care of the rest.”

When asked why city officials would turn to a for-profit company rather than a public college, Desley Brooks, an Oakland City Council member, said the answer is cost: “You can’t even go to a J.C. and get this level of education for that amount of money. The trust comes from the people who are involved.” [NYTimes, 2013-11-03]

[Wade] is more education entrepreneur than educator. He opened a charter school that failed, then a venture-backed school management company that sold to Edison Schools Inc. for $38 million in 2001. He served as executive vice president at Edison, a money-losing for-profit charter school chain dogged by inconsistent test results.

Finally, Mr. Wade founded Platform Learning, a company that offered tutoring to “schools in need of improvement” using federal funds newly available underNo Child Left Behind. Platform went out of business under a cloud. New York City officials contended it overcharged and had engaged in “questionable business practices” when recruiting students, including promising incentives to schools. Mr. Wade says employees acted properly, and Platform billed only for the number of students it served. Platform, he says, was a victim of “politics” — zealous investigations by school districts jealous of the federal money his company was earning. “The underlying problem was that money that could have been controlled by the school districts was being given to private organizations as a sanction under N.C.L.B.” [NYTimes, 2013-11-03]

Recruiters get paid for the number of students they enroll. Because UniversityNow doesn't accept federal financial aid, it gets out of some of the rules that come with accepting financial aid:

Opting out also exempts the colleges from regulations intended to rein in some of the excesses of the for-profit sector, like the one that prevents schools from compensating recruiters based on the number of students they sign up — a practice that has been known to tempt recruiters into enrolling students unable to benefit from college work. [NYTimes, 2013-11-03]

For for-profit education ventures, buying a struggling school is a known shortcut to accreditation:

Buying a struggling campus (Patten was on probation by the accrediting agency, the Western Association of Schools and Colleges) is an increasingly common way for for-profit institutions to snag a coveted regional accreditation, which can otherwise take years to secure. But the practice has come under fire, and some regional accreditors have rejected the applications.

Patten is the “toe on the ground” that enables UniversityNow’s new competency-based program to secure its regional accreditation. [NYTimes, 2013-11-03]

Although UniversityNow originally offered both online courses (using its own online platform) and on-campus classes, as of 2016 they are entirely online-only and it doesn't seem as if there are any classes held at the campus.

Penn Foster Education Group acquired the learning platform from San Francisco-based UniversityNow Inc., which developed the cutting-edge collaborative technology. Until today, the learning platform had been used solely at Patten University, a UniversityNow affiliated institution.  Penn Foster Education Group will be licensing the platform to its educational affiliate, Penn Foster, Inc., for deployment to the 150,000 Penn Foster students who are working to earn diplomas, certificates and post-secondary degrees through educational and training programs.

(speculation time) The details of the acquisition are not public, but given that the deal was for "the learning platform" it seems like Penn-Foster might have only bought the online services and not the Patten real estate. Since Patten appears to have moved to all-online classes before the sale and the property is now sitting unused, what will happen to the campus and surrounding property?

Neighbors (who hear daily bells and see sunday services) sometimes think that the school and the church are the same thing, but the Christian Cathedral at the corner of Coolidge and Logan is its own thing. 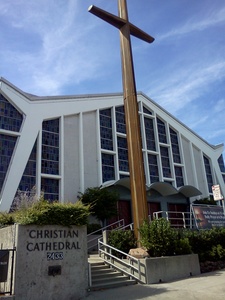 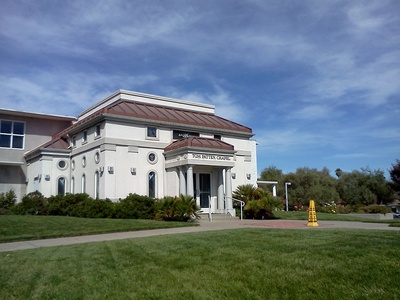 Main chapel on the campus. 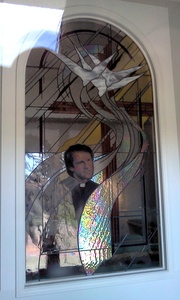 Stained glass in front entrance of the main chapel. 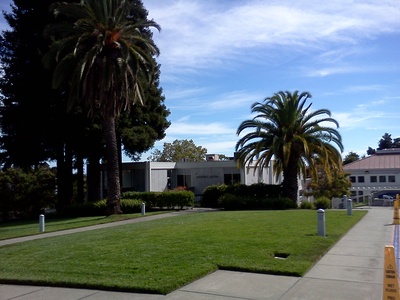 View of the library. 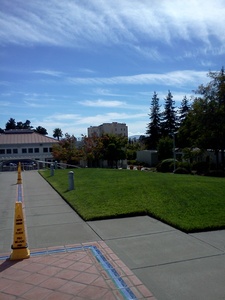 Facing west from front steps of chapel. You can see the mysterious AT&T building on Fruitvale Ave. right in the middle (the high rise). 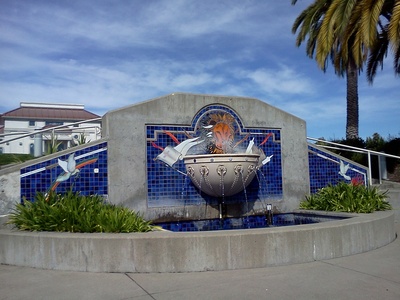 Buildings owned by Patten outside the main campus

Outside the main campus, the university owns a number of properties. Most of the buildings (such as 3266 Logan St.) are residential properties and are used as dorms, but they also have non-residential buildings like the John Perkins Center for Community Transformation. They also used to own 3276 Logan in the early 2000s, but apparently sold it. You can see pictures of a few of the buildings below. 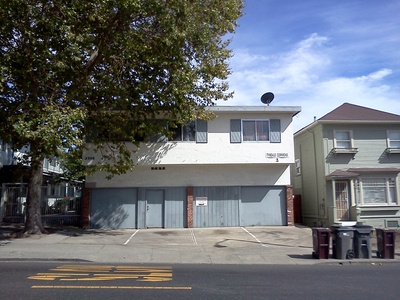 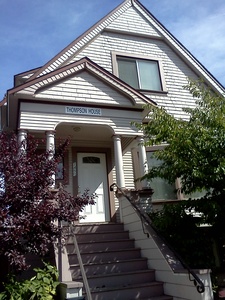 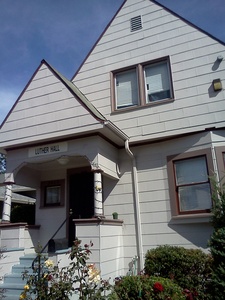 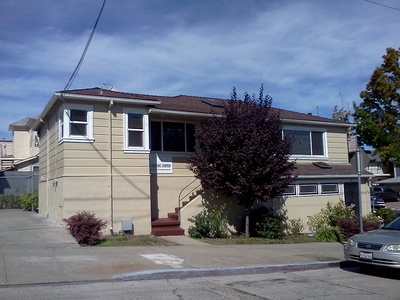