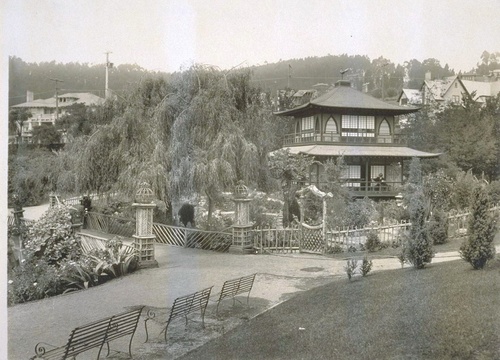 Around the turn of the 20th century Piedmont Park, in Oakland, California was a lovely landscaped venue complete with ‘The Cafe’ and walkways.

[Hi NAParish ... when I came across all the great old postcards posted on AlamedaInfo.com of the Piedmont Park I noticed they are all captioned ‘Oakland, California’ and even if you look closely on the front of some of the postcards themselves it reads ‘Oakland’ not Piedmont. Did the borders of Oakland and Piedmont change after the 1910’s? The grounds of the park look fairly extensive, with a hotel, Japanese Tea Garden, Sulphur Springs, The Cafe, Banana Palms, etc., as though it was on a large section of land ... where exactly was this park located? Was it on the border of Oakland, or overlapping in any manner (so we can keep and building upon this entry), similar to the Claremont Hotel, or the Guy Hyde Chick House? Or is AlamedaInfo.com wrong, the park was never historically in Oakland and therefore I should deleted this entry?]

[Piedmont was incorporated in 1907, so anything from before then (and probably for a while after) would likely have referred to Oakland because it was the nearest town. It’s of historical interest, so I’d keep it, just note that it was in what is now Piedmont, not Oakland. Many Oaklanders would have gone there. -Gene]

[Correct me if I’m wrong, but I believe location is where it says “Piedmont Springs” on the 1877 map here: http://www.teczno.com/old-oakland/ -Gene]

A note about old postcards in general: many are the ways in which they can mislead modern viewers. First, being often taken by itinerant photographers more interested in selling cards than in accuracy, their captions can be slapdash – misspelt, or mislabeled (I once saw a postcard of Holy Names College – on Lake Merritt – clearly labeled “St. Mary’s College” – just plain wrong!). Second, pre-1940 true color images are very rare; postcards were usually shot in black and white and hand-colorized, again often more for eye-appeal than accuracy. So, unless you have multiple views of the same scene, treat old postcards more as clues than answers –Mike 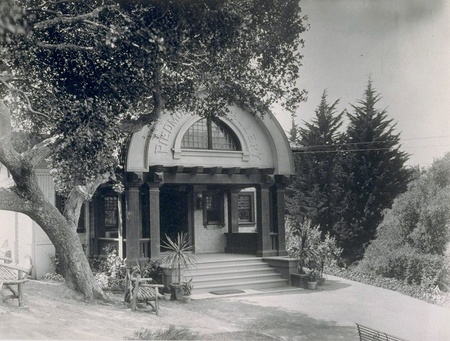 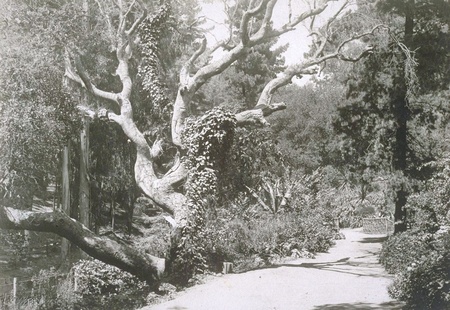