Roberts Regional Recreation Area is an East Bay Regional Park that is part of Redwood Regional Park. In addition to a large, beautiful redwood grove, it has numerous picnic sites, a swimming pool, various playing fields, and a "barrier free" (i.e., wheel-chair accessible) playground. It also includes an archery range near the Redwood Bowl entrance.

Roberts is also the former location of the Blossom Rock Navigation Trees, a California historical landmark commemorating several extra-tall redwoods that were used as a navigational aid.

The park opened in 1953, and was named to honor Thomas J. "Tommy" Roberts. He served as secretary to the East Bay Regional Park District board of directors for 19 years, and continued to serve on the board until his death in 1958.

Photos from Our Oakland. 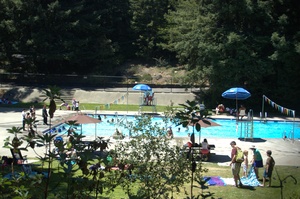 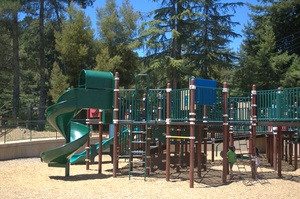 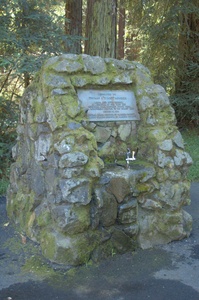