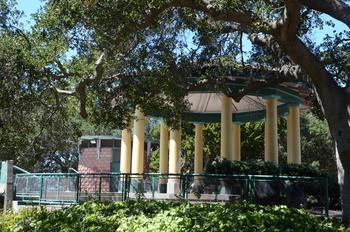 San Antonio Park is public park in Oakland, California, which is home to a community garden and the San Antonio Sports Complex. The park has tennis courts, a soccer field, the Sarunas Marciulionis basketball court, a children's playground and walking paths. Once considered a dangerous crime-ridden eyesore, community members have worked together to create a safer, friendly park people of all ages can enjoy.

San Antonio Park has played a history in the Chicano Movement of the 1960s and 70s and with the Mexican Latino Community. On July 26, 1970 San Antonio Park was the site of a huge rally and protest against the Vietnam War called the Chicano Moratorium. In the late 1970s and 1980s San Antonio Park became popular with the Lowrider Chicano Culture. Chicanos in Lowriders would hang out at San Antonio Park. in the Late 1980s until 2000 the Oakland Cinco de Mayo Festival was held every year in the Park, but soon grew too big in size and moved to the Fruitvale district. The Xicana (Chicano) Moratorium Day event is held in San Antonio Park in Late August.

The park was originally known as Independence Square, and was part of the town of Brooklyn. It was renamed San Antonio Park in 1910, 1 and appears in a 1911 list of the city's parks, although the original name appears on a 1912 map of Oakland. 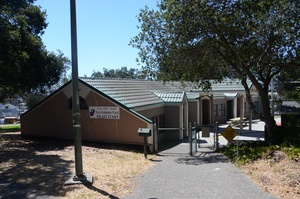 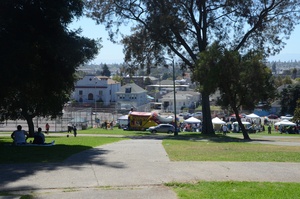 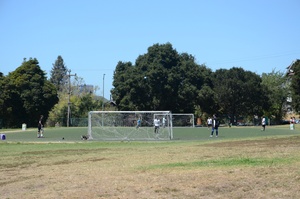 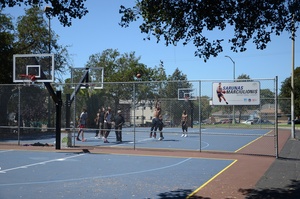 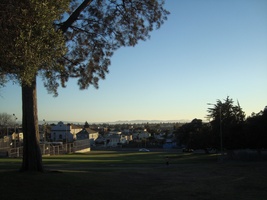