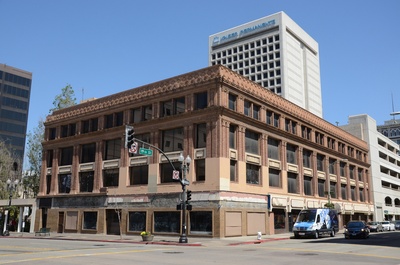 The Tapscott Building is a 4-story brick building at the northeast corner of Broadway and 19th. It was built for L. M. Tapscott in the 1920s at 1916 Broadway.

The original 1922 design was to be for a 2-story reinforced concrete 'market' building, designed by Reed and Corlett, who designed the Oakland Bank of Savings Building. 1 By the 1923 directory, the building was complete and had numerous businesses and offices in residence.

In 1928, architect and engineer John J. Donovan had his office in the Tapscott Building.

[ The name Tapscott appears in directories mostly in reference to Ernest N. Tapscott, who was president of the Greater Berkeley Land Co. Not sure if they were related. ]

In 2006, the 56-story Encinal Tower was proposed for the site. Later, another developer proposed a shorter 28-story building. The building has been empty for a number of years. 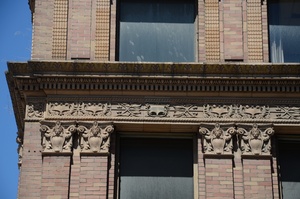 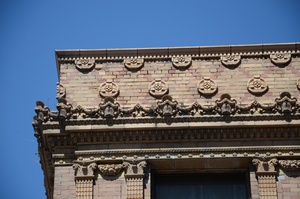