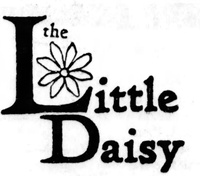 The Little Daisy was a small, local chain of women’s clothing boutiques that also sold shoes, jewelry and accessories. It was very hip and trendy throughout the 1960s and 70s, and was known as one of the officially-sanctioned stores at which local schoolgirls might buy their uniforms.  In the 1980s the name changed  to The Daisy.

In March of 1988 it was reported in the Montclarion that the "The Daisy Store" will close along four other Bay Area stores including the Lakeshore Store. 1  The Daisy stores were being phased out as the company planned to focus their attention on it's new Daisy 9 to 5 stores. 2  The new stores will specialize in clothing for the career women and be located near large office centers, like the one opened in downtown Oakland in 1987.3

The store was founded by Willard A  and Gladys "Daisy" A. Talkington. 4  The Talkingtons owned a clothing in San Francisco before moving their operation to Oakland.  According the Oakland Directory the Lakeshore Little Daisy was open in 1949. 5 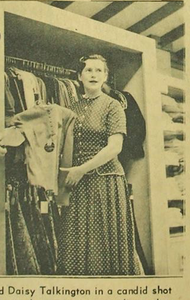 In March 1953 the opened a store in the Montclair District at 2020 Mountain Blvd. 1  The Montclair store soon became a favorite to many of the hill area women for over 35 years and is still missed today.   In 1963 they opened their fourth store in Lafayette, CA. 6

In 1955 they expanded the Montclair store by taking over four other stores. 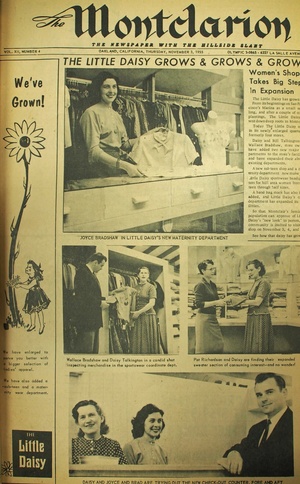 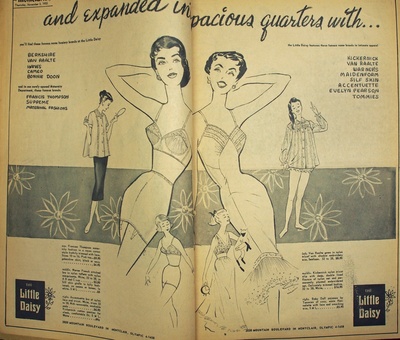 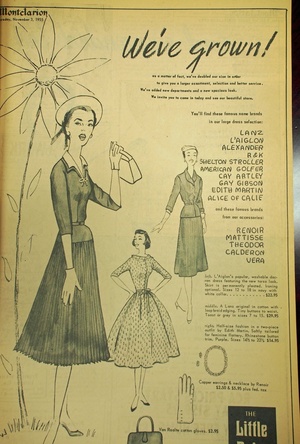 The Lakeshore store would hold weekly fashion shows at Rob Roy's on Lakeshore Avenue every Thursday at noon. 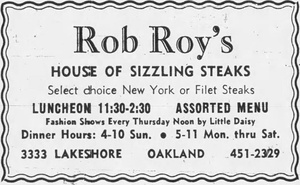 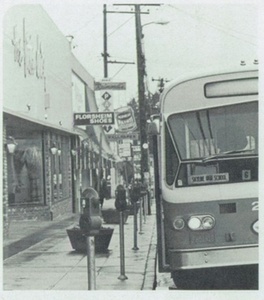