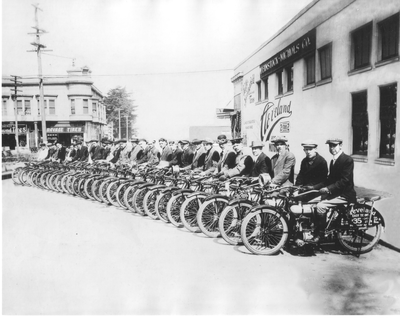 The company started c.1906, and distributed Morgan & Wright tires. In 1910, they bought out the (George P.) Moore Motor Supply Co. 1 Col. H. Weinstock was the president. 2 By 1911, they had shops in Oakland, San Francisco, and Los Angeles. 3 Charles R. Avis managed the Oakland shop. 4

In 1916, they began selling Cleveland Motorcycles in addition to auto parts. Neil Cochran managed the new department 6,10 The motorcycle club started about this time, probably in 1917. 7 Sales were good enough that in 1918, the company moved motorcycle sales into its own space next door. 8

The company existed until the mid-1920s. In 1928, the Triangle Parts Store consolidated with Waterhouse-Lester, Scovel Co. which had previously merged with Weinstock-Nichols and the Scovel Iron Store. 9 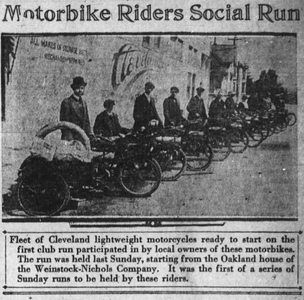 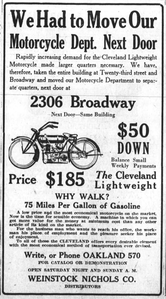 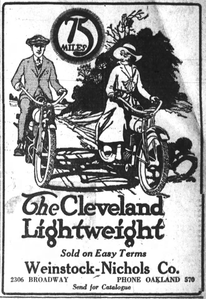 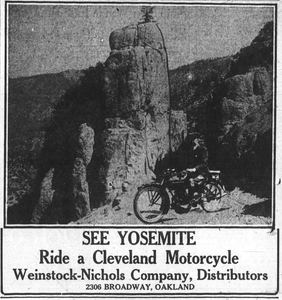 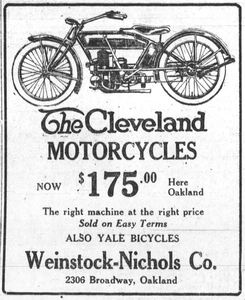 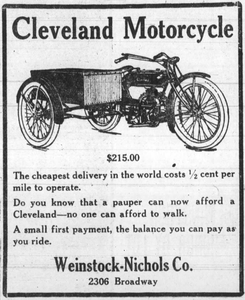 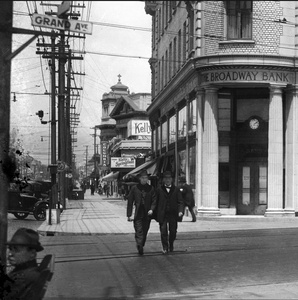