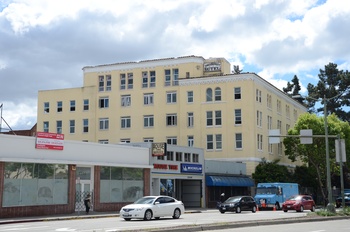 The YWCA Blue Triangle Club was built in 1926 at 2332 Harrison Street, designed by Charles W. McCall. It is more commonly known as the Lake Merritt Lodge or the Merritt Hotel.

The building was operated as the Lake Merritt Lodge, an SRO hotel, after it was sold off by the YWCA.  In the 2000s, the then-owner proposed to convert it to a more typical business hotel with 103 units. The name was definitely changed, but it is unclear whether the conversion was ever completed. The building was eventually purchased by the current owner in a foreclosure auction. In 2014 it underwent a large-scale renovation, and in January 2015 reopened as Hult Lodge, an undergraduate dormitory for the Hult International Business School in San Francisco. 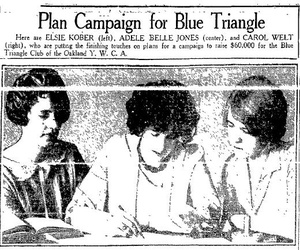 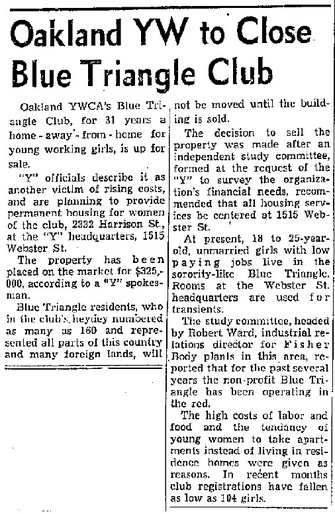 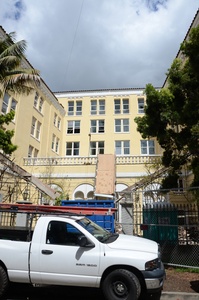 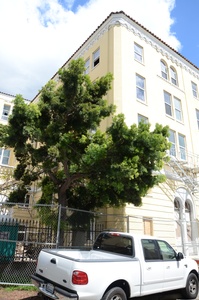 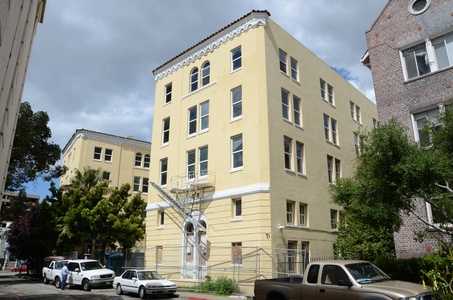