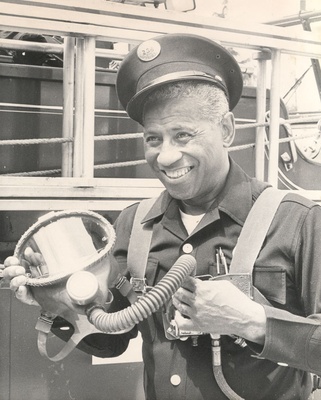 James Henry “Jimmie” Stanislaus (January 11, 1910 – October 15, 1993) was an Oakland firefighter, a boxer, and a talented singer. He was also the father of Bernice Silveira who ran the Serenader Bar for many years.

Stanislaus was born January 11, 1910, in California to Cognac Stanislaus, who had been born in France, and Margaret Esther Taylor (Stanislaus). Margaret remarried in 1921 to Thomas Marcelo Anderson, and the marriage record lists Margaret as widowed. Early records are sparse, but articles describe Jimmie growing up in a fatherless household. 1

At age 16, he became a boxer. Willie J. Carter was his manager for part of his career, 2 as was Eddie "Hats" Parker. 3 Stanislaus retired from boxing in his mid-twenties after 86 bouts, and then opened a four seat shoeshine stand. 4

In the 1940s, Stanislaus became a member of the Oakland Fire Department, and was encouraged and taught by Royal Towns. 6 Stanislaus was part of the crew that responded to the deadly 1968 Mills College Fire which killed 3 firefighters. 5 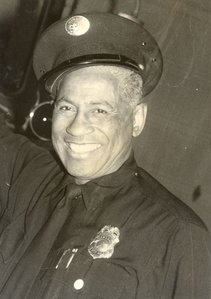 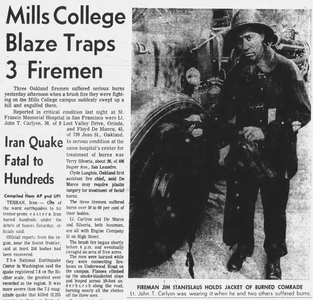 At some point, Dixieland and jazzman Turk Murphy heard Stanislaus sing, and quickly added him to the band. He became known as the “Yama-Yama Man” for his signature piece, a 1908 song of the same name. 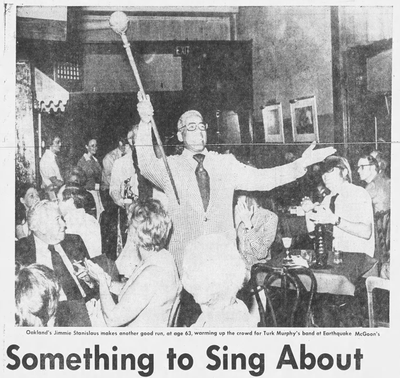 Esthyr died in 1979; Jimmie died in 1993. They are buried in Plot 16 at Mountain View Cemetery. Bernice and her husband Dick Silveira are buried nearby. 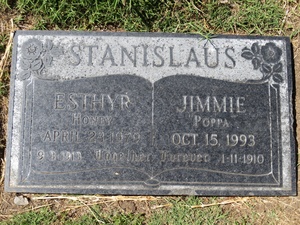 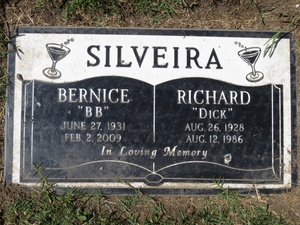