Produce Market was a historic neighborhood north of Market near Embarcadero.

It really was a produce market district with lots of wholesalers. It was already established by the 1920s (anyone have a better date?) and was " the heart of Italian San Francisco, dominated by families from Genoa and the Italian-speaking canton of Switzerland, Ticino." [source] 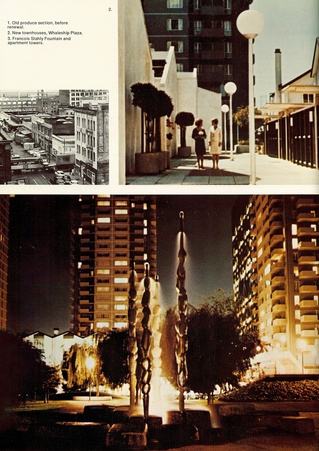 You can see lots of historic pictures of the market here (including before and after of the park arch).