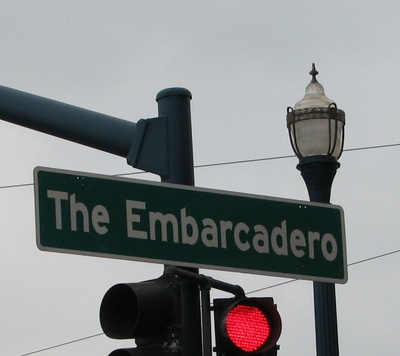 Justin Herman Plaza is located in the Embarcadero, a staging place for many events like Critical Mass and the popular Valentine's day pillowfight. The sculpture Cupid's Span is one of the more recognizable structures on the Embarcadero.

The Embarcadero is home to the tourist area, Pier 39. It hosts the Ferry Building, Embarcadero Center, and many pier-based businesses. It is popular with both tourists and locals alike as a great spot for walking, running, and enjoying the bay.