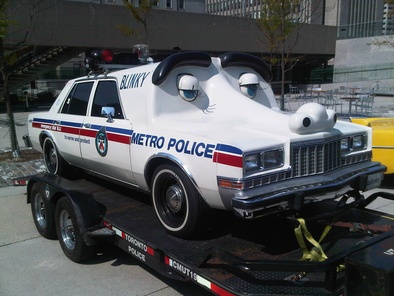 Most Every school kid in the Greater Toronto Area who grew up in the 1970s or early 80s likely has their own memory of seeing Blinky, The Metropolitan Toronto Police talking Public Safety Car.

It used to make the rounds of local schools.

Toronto Police used Blinky to educate children on traffic safety. Blinky would ask questions and then all the kids would all scream out answers.

Kids often got a colouring book during those school visits.

During summer break, Blinky was part of a display somewhere on the CNE grounds during The Ex.

She, and it is a she as you can tell by the long eyelashes, used to be painted yellow before going all white with red and blue striping in keeping with the new colours of the rest of the Police Fleet.

Nowadays, Blinky turns up in The Santa Claus Parade and at special events, most recently the City of Toronto United Way Employee Campaign Launch.

To this day, some grown-ups still find this car kind of creepy. 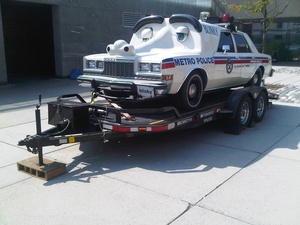 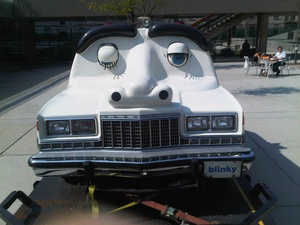 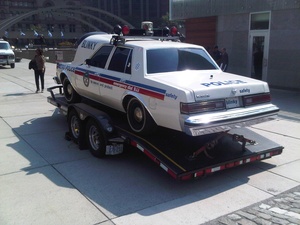