Basin Park is a Marysville city park comprising 2.1 acres. It is bounded on the north and south by Harris Street and East 17th Street, and on the east and west by Glen Street and Hall Street. During the winter, Basin Park is used for storm drainage. During the summer, it can be used for playing sports. 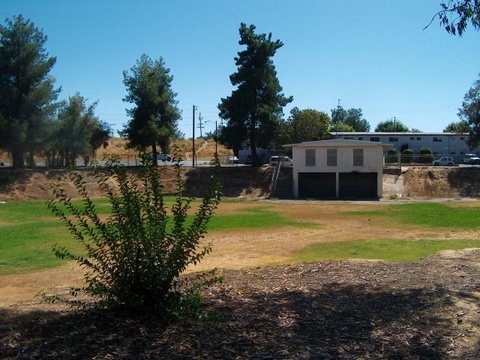