Jim Toy is an activist for gay, lesbian, bisexual, transgender issues, and is the namesake for the nonprofit Jim Toy Community Center in Ann Arbor. 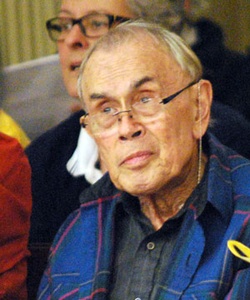 The community center's website lists these highlights from his decades of advocacy:

Link to a 5-minute Vimeo interview with Jim Toy, on the Spectrum Center's 40th anniversary.

In 2012, he received a Bezonki Award from The Ann Arbor Chronicle for his advocacy work. One of the next year's winners, Linda Diane Feldt, had been a student in a class Jim taught decades ago at Community High School.