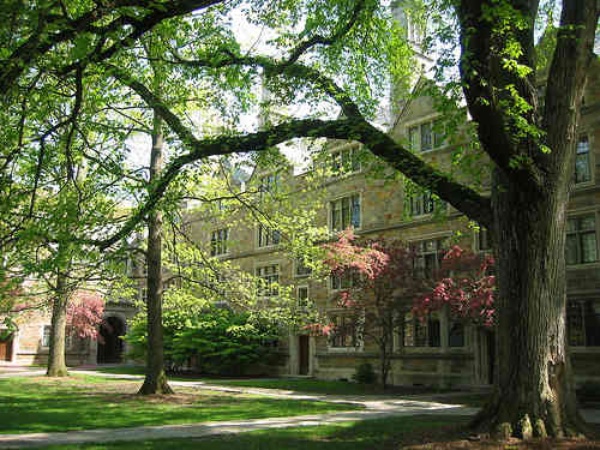 The Law Quad at the University of Michigan

The Law Quad was built for the university by Michigan Law alum William W. Cook (Class of 1880 undergrad, class of 1882 law school) after the successful New York attorney wrote the Board of Regents in 1922 asking if he could contribute funds for "a law students' combined club and dormitory building.” Cook died in 1930, three years before the project was completed. The Cook Law Quadrangle, as it is officially known, is made up of Hutchins Hall, the John P. Cook dormitory, the Lawyers Club dormitory, and the Legal Research Building.