Sarah Banas Mills is a graduate student in urban and regional planning at the University of Michigan. She was first appointed to the Ann Arbor planning commission in October 2014. 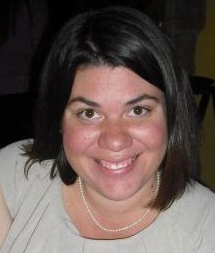 Sarah Mills is a doctoral candidate in the Urban & Regional Planning Program at the University of Michigan, with a specialization in Survey Methodology.  Her research focuses on the impact of energy projects sited in rural communities.  Sarah's dissertation research uses interview and survey data to determine whether utility-scale windfarms reduce farmland conversion in urbanizing areas.  Sarah holds a Master's degree in Engineering for Sustainable Development from the University of Cambridge and a Bachelor's of Science in Mechanical Engineering from Villanova University. She grew up on a farm in Maybee, Michigan. She lived in Sudan for two years, where she organized a food distribution program and developed a town’s first survey and town plan.  Before returning to academia, Sarah worked as a consultant for the Environmental Protection Agency's ENERGY STAR program, creating marketing materials to encourage businesses and individuals to choose more energy-efficient appliances. She also led the Center for Science, Technology, and Sustainability at the American Association for the Advancement of Science (AAAS) where she organized a range of workshops and panel discussions to promote dialogue between scientists and policymakers on energy and environmental issues.

Mills lives on Ann Arbor's west side, near West Park.