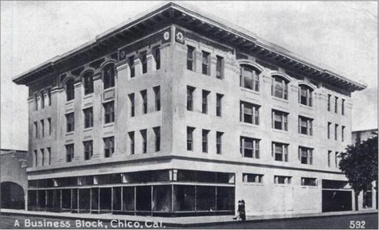 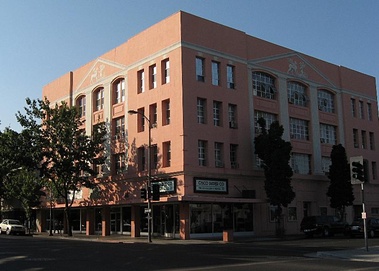 The Waterland-Breslauer Building is the building at the corner of Fourth and Broadway and at the time of its construction was one of the most modern structures in Northern California. It was built on the former site of the Chico Presbyterian Church, which moved to its current location at First and Broadway when its congregation began to exceed building capacity. Captain John S. Waterland, one of the primary organizers of the Butte Investment Company, bought the Chico Presbyterian Church property and later sold the corner, eighty by one hundred feet, for his eponymous Waterland-Breslauer Building (the "Breslauer" part of the name refers to Manuel Breslauer, one of the wealthiest and most influential men in Chico). The rest of the block facing Broadway was occupied by the Broadway Theater Building, and the block facing Fourth Street, by the Park Garage.

The entrance to office space is to the left of Chico Paper Company on Broadway. Upon walking in you're greeted with marble walls and, of course, a business directory. It has an elevator, an extremely old heater in the basement, and is four stories tall. Back in the early 20th century, the top few floors were home to Heald's Business College, which trained secretaries and other professionals until its closure. 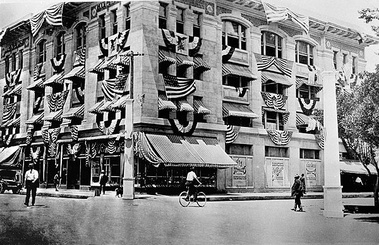 Waterland-Breslauer Building (1917) (MLSC) This list of occupants may not be up-to-date.