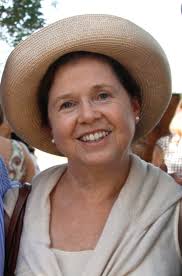 Ann Evans, Mayor of Davis from 1984 to 1985Ann Evans served on the Davis City Council from 6/20/1982 to 6/20/1990; served as mayor from 1984 to 1985. Ann was also one of the founding members of the Davis Food Co-op, which grew out of an informal buying club initially established by the residents of the on campus co-ops in spring 1972. Ann was instrumental in maintaining orders over the summer months, and as orders grew a core group of individuals estalished a structure and named themselves "The People's Food Conspiracy." The Davis Food Co-op now does about $18 million in business annually. Concomitant with the establishment of the Davis Food Co-op, Ann co-founded the Davis Farmers Market in 1975; for the first six months of Davis Farmers Market operation, the Co-op agreed to purchase any unsold produce from the ten local farmers who first participated in the market.

Ann Evans was formerly a nutrition education consultant with the California Department of Education assisting school districts in developing a hands-on, "full-circle" environmental learning experience for children from the garden to cafeteria and back. A food writer as well, Evans has written a biweekly column on food and agriculture titled "Fork in the Road" for The Davis Enterprise.

She worked with the partnership, Evans & Brennan for 10 years, which worked for local government to define place through marketing of food, wine and agriculture in the region, and with school districts to increase farm fresh food on the school lunch plate in five flavor profiles representative of the heritage of the people of California. She now has a publishing imprint, Elderflower Press, and is the author of the national award winning Davis Farmers Market Cookbook. Ann is working on a regional cookbook and guide for America’s Farm to Fork Capital - Sacramento, to be published in 2019.

Other positions Ann Evans has held or currently holds are listed below.