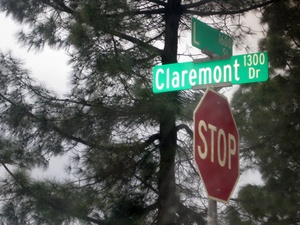 Claremont Drive separates the residential neighborhood on its south side from Oak Tree Plaza on its north. It is part of the "college streets" in the town street name themes.

On April 25 & 26, 2013, this street lost most of its Street Trees, as part of PG&E's "Right Trees, Right Place" program. The trees had been deformed by years of trimming by power company contractors, to keep them from growing into power lines; PG&E successfully argued that the trees are now in poor shape, and so they were replaced with new trees that grow to lower heights, replacing a mature canopy with what, for a decade, will be a paltry imitation. There is no shade on the south sidewalk from street trees in the summer, and it appears there won't ever be (until the current trees are replaced.) 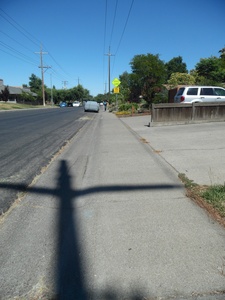