Pole Line Road is one of the main north-south thoroughfares in Davis. In north-east Davis, it becomes County Road 102 and leads to Woodland. In south Davis, once it crosses Cowell Boulevard it becomes Lillard Drive.

The road has a bike lane and/or path for most of its length, except near the north Davis border. At the 5th Street intersection, there is an overpass above Interstate 80, which is the site of the Toad Tunnel.

It's also a great place to find a used car as there seems to be a constant flow of them parked on the North bound lane of Pole Line between Rancho Yolo and Lehigh Drive. Cars, trucks, campers, you name it they're all "For Sale" and priced to sell. A virtual dumping ground with new ones each week. I think the DPD must leave notes on the cars to tell them move every now and then so look on the South bound side if you can't find what you are looking for. 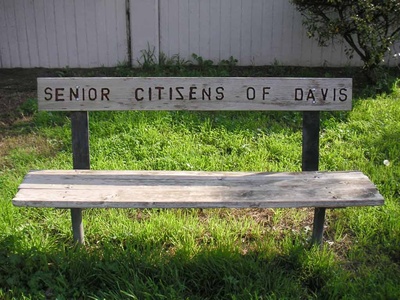 2007-12-18 21:36:13   I live on Pole Line Road and I'm often asked the origin of the name...does anyone know for sure? I'm assuming it was a simply a descriptive name for what was a utility road used to service power or communications lines ("pole lines") running through Davis and Yolo County. —DukeMcAdow

2008-07-18 14:55:35   anyone have experience biking in from Woodland? would this be the way to go for a relatively inexperienced rider, or would the no bikelane/low traffic county road be better? —LaFrance