Davis isn't completely flat because it sits on an ancient alluvial fan of Putah Creek. West and North Davis are highest, with a gradual decline as you head East and South. 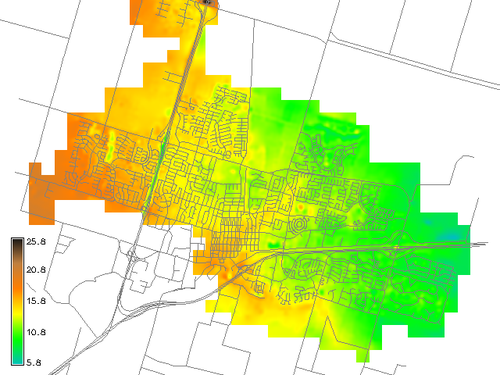 2012-02-10 17:21:01   A fifteen meter difference in FIVE MILES? Man, that qualifies as FLAT for most folks! When I first came to Davis (in 1968), we used to joke that the dirt piled wherever the University was excavating for their next building was "Mount Davis"! Of course, it moved around from time to time. After they built the railroad overcrossing at Covell, we finally had a permanent "Mount Davis" and the joke slowly died out. —LoisRichter