The Davis Music Fest touts itself as a "SXSW-style event" that takes place once annually throughout the city of Davis. Its inaugural year was 2011. The non-profit Music Only Makes Sense hosts the event, among other events, to benefit the community in ways that touch the local businesses, the arts, schools, teachers, and other deserving and interested folks. The event directly benefits the Davis Schools Arts Foundation and the DHS Blue & White Foundation 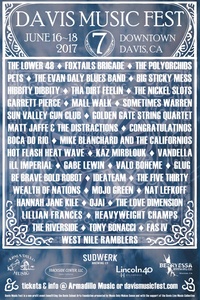 Tickets range in price from $25-$42.50 and may be purchased at Armadillo Music or on eventbrite.

The fest will be held from June 19-21 and will coincide with the 10th anniversary of local label Crossbill Records. There will be 12 stages across town including venues such as the Oddfellows Lodge, Delta of Venus, and Vini Wine Bar, among many others. Whole Foods Market will act as one of the event's sponsors. Local band Appetite will appear among dozens and dozens of participants.

The fest took place on Saturday, June 21 and featured over fifty bands including locals like The West Nile Ramblers.

The was held on Saturday, June 23 and featured 46 bands. Local bands like Sea of Bees, Shayna & the Bulldog, The Souterrain, and Sister Crayon performed. 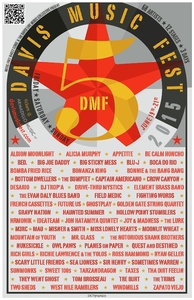 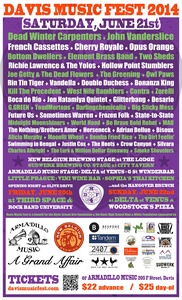 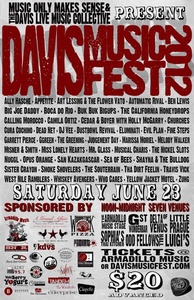