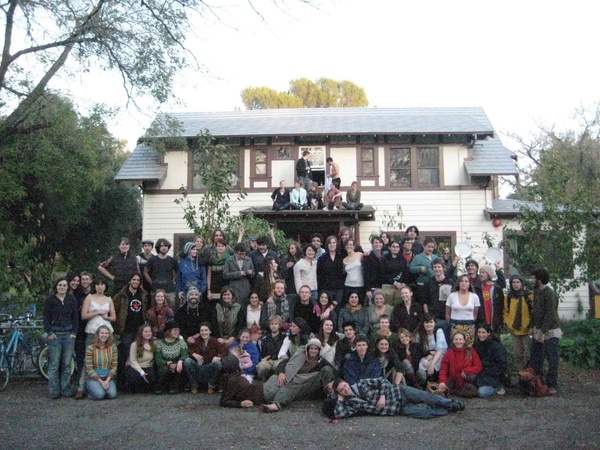 DSC is currently full for Fall 2019. Spots may open up during the school year; to apply, visit http://schadavis.org/ and fill out the housing application.

Historic Davis Student Co-op, or DSC (not to be confused with the Davis Senior Center), is one of three on campus co-ops on the UC Davis campus that offer affordable housing and an alternative living arrangement to low-income students, both undergraduate and graduate students. DSC typically has 14 residents.

Davis Student Co-op residents use appropriate technology to create an ecologically sustainable and community-oriented environment. We have been growing all organic since 1972. The residents are also known to cook some damn good food. All house meals are vegan, or at least with vegan options. We make bulk purchases at the Davis Food Co-op for staple goods such as flour and grain, and we use vegetables grown in our garden.

The house itself is rather large with lots of places to chill out. You may notice on many a fine night a joyous sound coming from the Co-ops. Music and art are popular among the residents.

The house welcomes applicants, friends, or anyone who wants to stop by to our community dinners every Sunday through Thursday at 7pm. Garden parties, which happen every other Sunday, are another great way to meet the residents. Visiting often helps ensure that all residents in the house will get to meet you.

DSC prioritizes low-income students and other students with varying needs. DSC is the only ADA accessible house of the Tri Co-operatives, having ramps and a wheelchair accessible bathroom on the first floor. DSC strives to be a safe and accessible space for students of marginalized identities who are victims of the oppressive system we live under. This process includes educating ourselves on the issues at hand, unlearning oppressive behaviors, and deconstructing our society as an oppressive system. Although we do embrace some level of discomfort in unlearning oppressive behaviors, there is no room for racism, homophobia, transphobia, Islamophobia, misogyny, anti-Semitism, orientalism, ableism, sizeism, ageism, or cultural appropriation.

Davis Student Co-op (DSC), which was the first housing cooperative in Davis,  was started by a group of students in 1966 who wanted to create affordable housing options and a new student living experience at UC Davis, as an alternative to the dorms or typical apartment lifestyle. The university supported this idea and gave the students a farmhouse located two miles from campus. The house that is now DSC was once an old farm house that was transported to UC Davis' campus in the late 1960s, and DSC moved to the current location in 1970. The intent of the co-op's founders was to allow low-income students to stay in school with the least amount of time spent away from their studies, while also providing additional educational opportunities and the stability of a close-knit family style household. DSC created a new type of housing in which students from diverse backgrounds could live and cooperatively manage a household together, sharing resources, responsibilities, and group decision-making.

While DSC was originally founded with the goal of providing affordable housing, it later followed the trend of student housing cooperatives across the United States at the time, becoming a site for social change, innovative projects, and hands-on experiential learning.

With alternative and activist circles comes systematic dissent. UC Davis has constantly tried to shut down DSC, as well as the other Tri Co-op houses and the Domes, over the years. Every time discussion of shutting down our co-ops has come up, students, co-opers, past co-opers, and community members have come together to save them. And with success, as we have continued to exist for over 50 years! With huge efforts, as of 2015, we are now under management of Solar Community Housing Association (SCHA), a non-profit organization that manages other co-ops in Davis.

For more information, visit the Save DSC page. At this point, we would like people to send in thanks to the people listed on the Save DSC page for their dedication in working to keep the co-ops open for future generations of students.

Fill out this application:

Fill out the Application, making sure to specify which house(s) within SCHA and the Tri-Cooperatives you are interested in:

All of the Tri Co-ops use the same application, but each house will look at your application individually. Once you have submitted your application, a member of DSC will contact you to set up an interview, and the interview can be done in-person over dinner, at the beginning of our weekly meeting, or over the internet (e.g. Skype), depending on your location and availability.

If you have any questions, email us at DavisStudentCoop.googlegroups.com

Photos of DSC and residents! 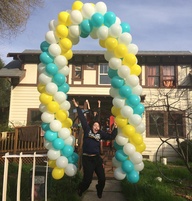 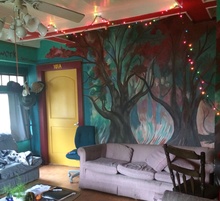 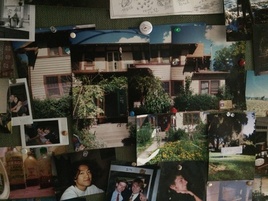 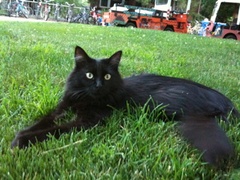 Zuni is a Zoonbug (our housecat who is currently 13 years old!) 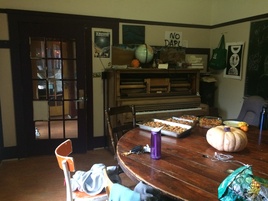 Tending to our bees

Harvesting herbs from our garden to make tea

Current resident Zuni outside in the garden.

The DSC was featured in the 1966 El Rodeo

2006-03-01 22:55:27   The Davis Student Co-op should rename itself to something that describes what it does, unless, of course, it purchases and sells students! :) For example, the Davis Food Co-op purchases and sells food. The Twin Rainbows Housing Co-operative provides housing. etc... —GrahamFreeman

"2007-04-09" I would call it Permaculture Co-op since the general idea of the co-ops is to foster sustainable relationships between people, plants, animals, and the university. Oh yeah, and I've been living at DSC for two years now and think a name change is entirely possible as we've thought about this before. —Derek Downey

2014-04-17 15:49:54   I lived for a couple of months at the DSC in 1989-glad to see the house is still going strong. Zuni looks like a second or third generation offspring from my two long haired black cats that I had while I was there, their names were Twelve and Thirteen. —lynnmichele