The Declaration of John Pike is a legal declaration made in the case Pike vs. Regents RG12619930, Alameda County. It describes the harassment John Pike received after video of him casually pepper spraying peaceful, non-violent protestors became world-famous. The declaration was made to support an argument made by the police union that the names of police officers involved in the whole pepper spray fiasco should not be released, lest they receive similar harassment. The names of other officers taking a major role in the incident have been public knowledge for quite some time now and it seems unlikely they have received similar harassment. The declaration provides an unusual glimpse of what it's like to be targeted by the internet hate machine.

Judge Grillo stated, "Lt. Pike has presented a declaration detailing harassment and threats to him after he was identified as an officer who was involved in the Incident. After Lt. Pike's name was made public, a person or persons circulated his contact information on the internet and he subsequently received hundreds of letters, over 10,000 text messages, and over 17,000 email messages. Most of the letters and messages were threatening or derogatory. In addition, unidentified persons ordered magazines, products and food for delivery to Lt. Pike's home." Conspicuously absent is a description of any actual attempt to physically harm Pike. The only people actually physically harmed in this whole fiasco were at the hands of Pike himself or those under his command.

The declaration was filed under seal like most documents in the case with redacted versions being filed for public viewing. The original public version was almost entirely blacked out. After the case was settled, Judge Grillo ordered the parties to file public versions of all documents filed under seal by April 27, 2012. In these new public versions, the only redactions allowed are the names of officers (Pike and Spicuzza excepted) and their contact information. Pike's attorneys violated this order by only filing public versions of certain documents. After a friendly nudge from the ACLU (an intervenor in this case), Pike's attorneys complied with the court order and filed (among other documents) the nearly unredacted version shown below on May 1. 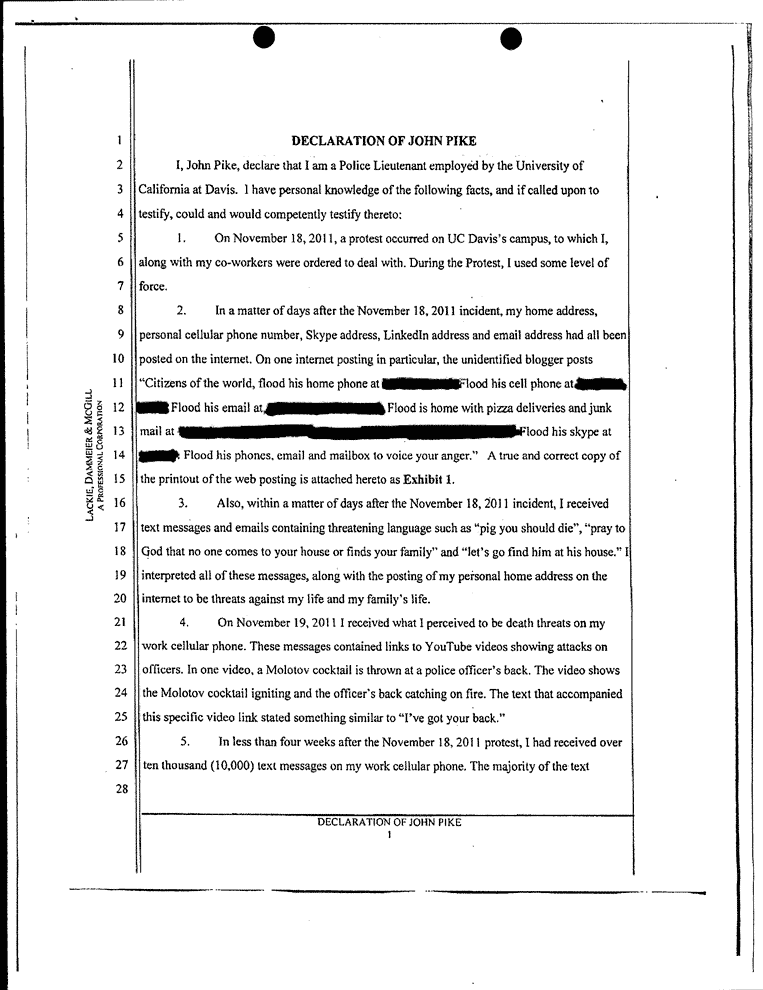 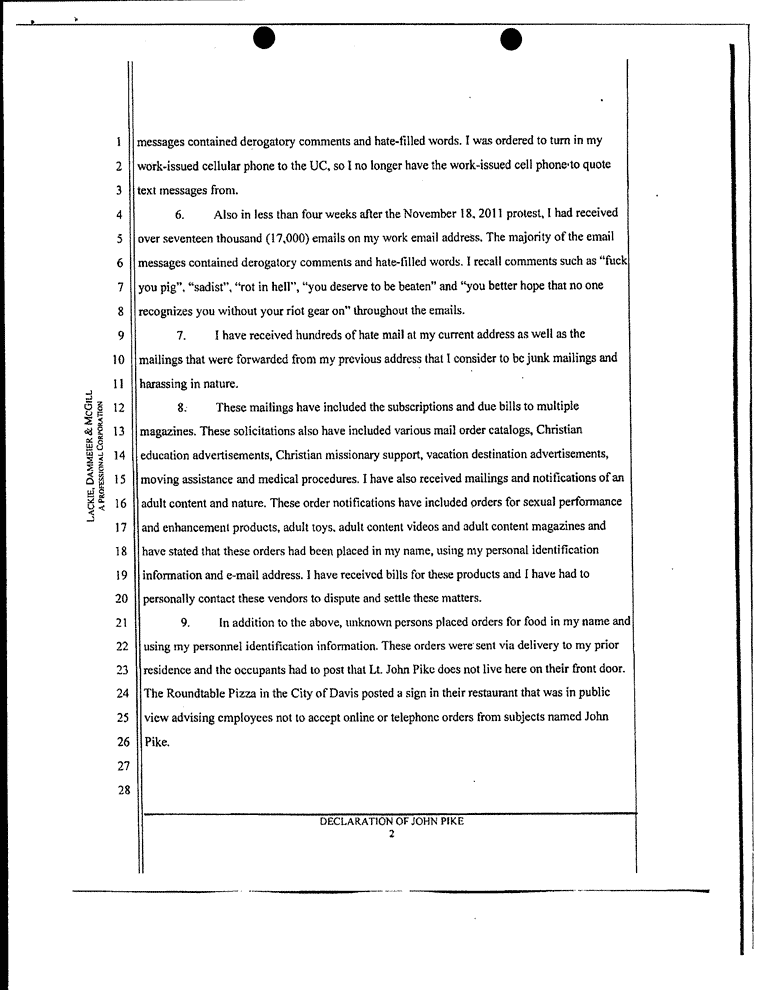 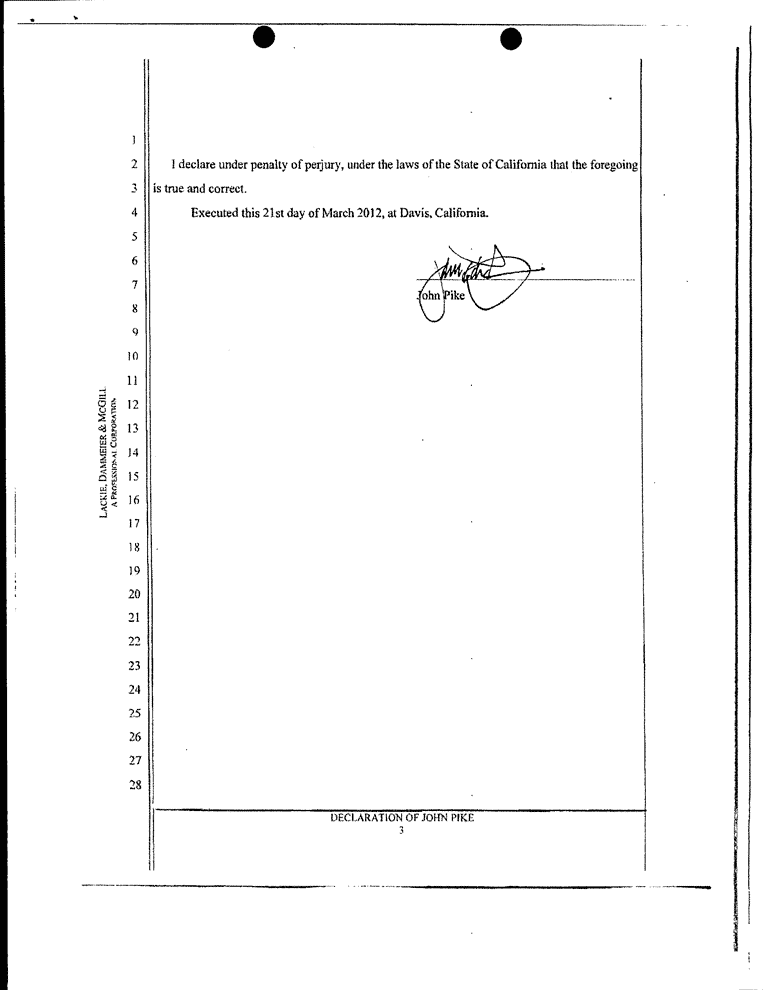 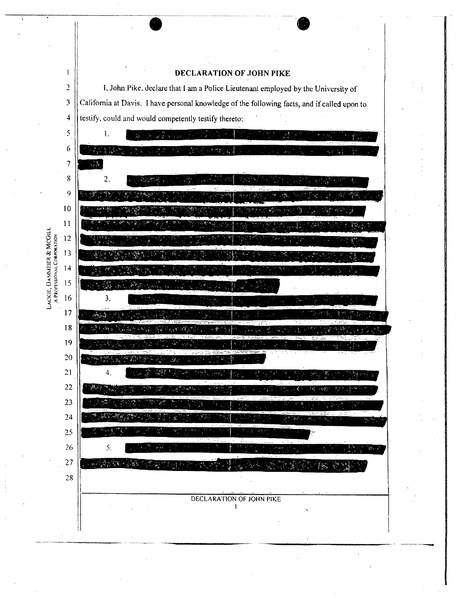 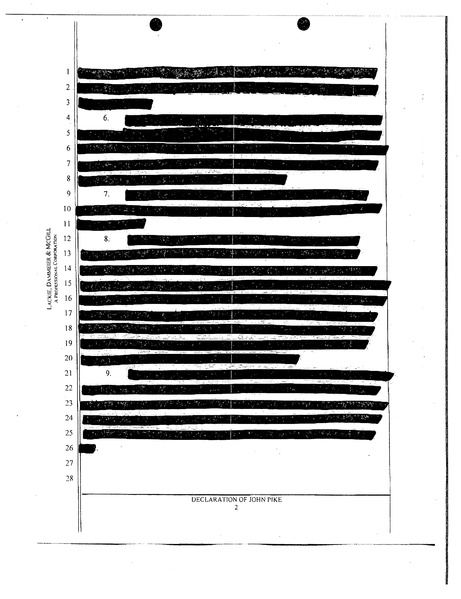 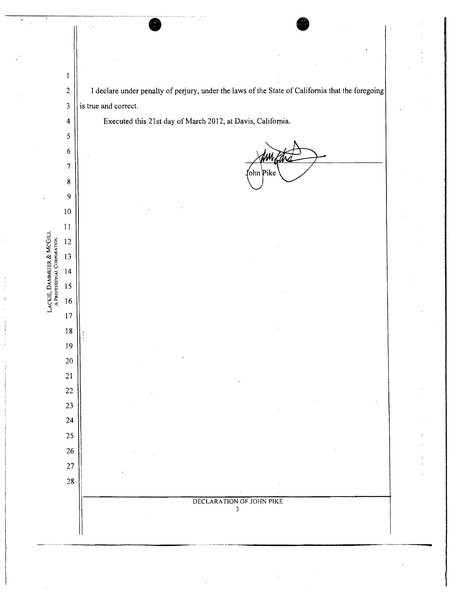