The Hotel and Conference Center opened February 2010 as two buildings: the Hyatt Place Hotel and the UC Davis Conference Center. It is intended to provide affordable and convenient short term lodging for visiting scholars. It is also seen as a draw for the university, in keeping with campus' Long Range Development Plan that calls for reorienting the center of campus towards Putah Creek and creating a new "front door" near the Mondavi Center. Also in keeping with a general trend on campus, the Conference Center is being developed privately on university owned land; for campus, this approach significantly reduces construction costs, offloads facility maintenance, and places the burden of management on the shoulders of professionals, while developers benefit by proximity to and association with the university, which virtually guarantees a steady stream of income. Other campus projects leveraging this approach are some of our most recent Student Housing developments such as African Diaspora House, La Rue Park, The Colleges at La Rue, Primero Grove, and the West Village projects. 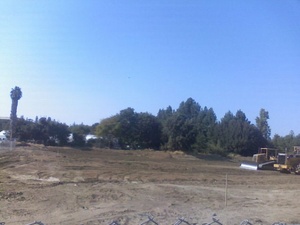 The Hotel and Conference center has been discussed at length in the UC Davis staff newsletter, "Dateline" as well as The California Aggie:

2007-08-30 08:55:03   The last document on the UC Davis Resource and Management webpage about the Hotel and Conference Center is dated March 2002, so presumably the project is stalled indefinitely by the City's opposition. —robinlaughlin

2008-09-05 09:07:57   It appears that both the GSM building and the HCC are under construction now. As I understand, the city of Davis lost a last ditch battle sometime last year and now the university is free to finish construction. —SMCareBare