Thunderstorms (with or without lightning) are very rare in Davis, and in California as a whole, because of the cold water in the adjacent Pacific Ocean, which has a stabilizing effect on the air and thus inhibits their formation. (source: http://thevane.gawker.com/why-doesnt-the-west-coast-see-thunderstorms-1606295419). When they do occur it is either in the winter or spring or as a freak storm in the summer. Thunderstorms here are very mild compared to most parts of the country. A big storm in Davis is a few claps of thunder that everyone talks about the next day. Sometimes they cause power outages. In extreme cases funnel clouds or tornadoes can form.

To put this into perspective for the Native Californians, thunderstorms can last for hours with several claps of thunder a minute, and sheeting rain. Bolt lightning (straight to ground) can be the norm rather than the more common in Davis cloud to cloud lightning. This severity of storm is rarely seen in California except perhaps in the mountains.

Thunder is a rare enough event in Davis that we can keep track of it: 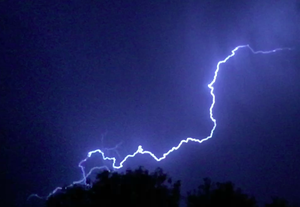 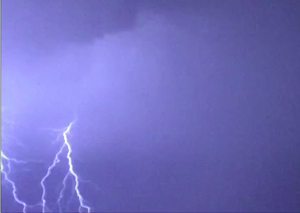 LOUD and LOOOOOONG thunder, enough that my buddy who was in the military in Kansas said it was the longest he had heard. Also able to set off car alarms 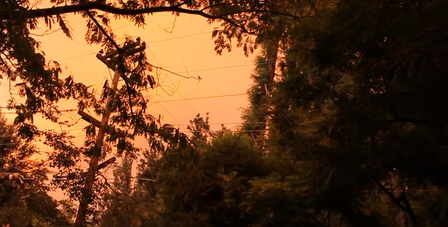 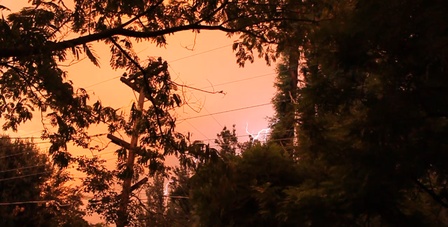 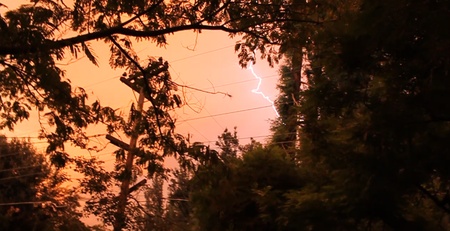 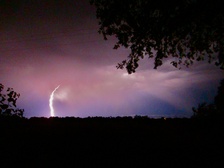 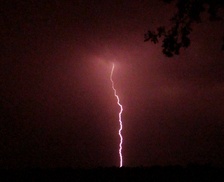 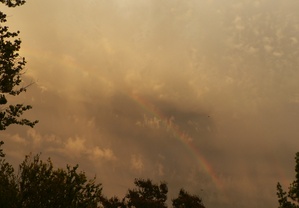 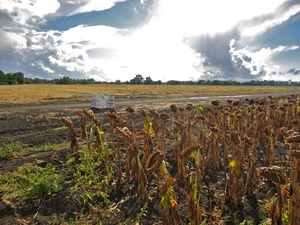 Yes, it rained, and more than a few drops too! We saw thunder & lightning here (J Street), for about an hour. Every approximate 3-5 minutes a beautiful lightning. It came from the North-West. ConstantiaOomen

With hail, and one instance of super bright then super loud thunder. Went and told roomate to stand down cause we weren't getting shelled Daubert

- Power is now out in the Cuarto Dorms and the U Mall. Anywhere else?

- Looks like power is out west of russell blvd from 113 east to about A st.

Where is the lightning hitting? I can definitely hear it. —IDoNotExist

Not sure how anyone would answer that question unless they were right next to something that was hit...

You've never seen a lighting bolt hit ground in the distance? If you're in a tall building clear of trees, it's probably easy enough if you're facing in the right direction.

Nope, though that is something I would like to see.

There are lots of real time maps of lightning, both air and ground strikes. It is VERY easy to reliably track, as they are innately radio tagged.