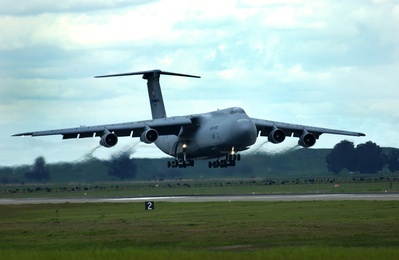 The aging C-5, the Air Force's stubborn workhorse can hold a hella amount of stuff.

Travis Air Force Base, also known as the Gateway to the Pacific, is located between Fairfield and Vacaville and is responsible for the large numbers of military cargo planes (picture) that can be seen flying around Davis. Travis has been the home of supply to the Air Force since 1942 but was assigned to Air Mobility Command, whose primary responsibilites include airlift and air refueling, in 1992.

Retired military and military families that live in Davis can take advantage of the base's commissary.

Non-military aircraft traveling to and from the Davis area to the Bay Area are welcome to contact Travis Approach Control for traffic advisories. 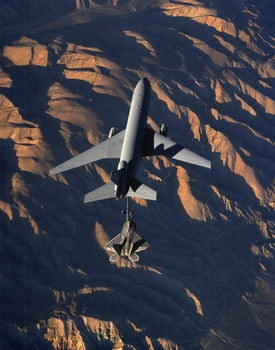