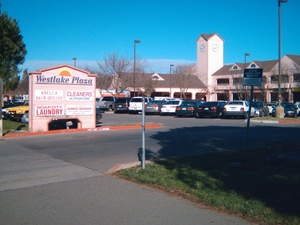 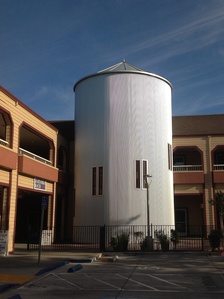 Westlake Plaza Shopping Center is a West Davis shopping center. It was formerly known as Farm Town Center. The Westlake Market anchors the shopping center since 2010.

The City of Davis General Plan of May 2001, Section IV, Chapter 1, encourages "shopping opportunities to meet Davis residents' daily needs in areas conveniently located to each neighborhood. The city supports many smaller neighborhood commercial centers each at a focal point instead of fewer larger centers."

Westlake stores provide a wide range of services to West Davis residents. Westlake was built by Al Smith who reportedly came to Davis in the early 1970's via Beverly Hills. Purportedly, he proceeded to invest (and lose) his entire inheritance in the building of Stonegate Country Club, Stonegate subdivision, and Westlake Shopping Center. Unfortunately, Mr. Smith did not profit from his vision. He seems to be a man ahead of his times, as this area of West Davis continues to be one of the most well planned and sought after neighborhoods in Davis. Stonegate also boasts a wide range of housing types and sizes unlike the newer additions of Mace Ranch and Wildhorse subdivisions.

The Westlake Plaza is served by the Unitrans D and K lines on Lake Boulevard and on Arlington, and by the P/Q bus line on Arlington.

A non-profit group, Davis Advocates for Neighborhood Groceries (DANG), was formed to coordinate efforts to locate full-service grocery store in the Westlake Plaza Shopping Center. A petition urging the City Council not to allow the center landlord to convert most of the former market space to offices garnered more than 1,000 signatures of local residents. Read more about the group's activities at their website.

Stores in Westlake Plaza include: