Yolo Plumbing out of Woodland is a plumbing company that services the Davis area. License number 967644.

Oh, crap! You need a plumber? Here are some local people who plumb:

2013-05-28 21:24:14   Wow! Yolo Plumbing is so great, we volunteered to create this site for him after doing a job at our house! Experienced plumber since 1996, Joe has been in business on his own as Yolo Plumbing for a bit over a year. Answers his own phone right away. Responsive. Replaced two valves same day we called. Stuck to his bid even though the job was more involved (and took longer, into the dinner hour) than he planned. He came recommended from a friend, and we were not disappointed. —MichelePAndrew

2013-08-26 02:40:20   Yolo Plumbing is fantastic! I also had a great experience with them. I initially contacted Joe (the owner of the business) after I decided to begin upgrading the plumbing in my 45 year old house; I scheduled an initial visit to review the plumbing issues I was most concerned about and prioritize the repairs. Joe arrived promptly at 5, and we started with an examination of the main water shut-off valve at the front of the house: although the valve wasn't visibly leaking, a heavy deposit of limescale covered most of the bonnet, and I was concerned that the valve might suddenly fail. After examining the deposition pattern of the scale, Joe began removing some of the deposits to see if a point source could be located. At the base of the bonnet threads, he found a hairline crack which almost completely encircled the fitting (Fig. 1). The limescale deposit had evidently sealed the crack temporarily, which is why the valve did not appear to be leaking. Water started leaking out of the crack after the scale was removed, and so Joe called his partner Jeremy, and they proceeded to repair the valve that evening. I watched the process and was impressed with both his skill and the care he took at each step ( e.g. preparation of pipe surfaces before soldering, etc). The repaired shut-off valve with the new brass ball valve is shown in Fig.2—the quality of the soldered joints can be seen. The following day they repaired the leaking hose bib at the back of the house: this involved removing a small area of siding to determine how far the leak extended into the wall. They replaced the corroded iron piping with copper pipes and replaced the leaking gate valve with a brass ball valve—again, a beautiful job. They also completed several minor repairs, including replacing the fill valve and supply valve for a toilet, a tub diverter in a shower, and a bathroom sink trap. Before starting each repair, Joe gave me an estimate of the approximate cost of the materials and the time it would take to complete them. After the repairs were completed, he gave me a detailed receipt, in which the plumbing problems were described, and all the replacement parts were listed (including their dimensions). The receipt thus provides a useful record of the specific repairs that were were done. The repaired plumbing has functioned beautifully.

Yolo Plumbing embodies the best qualities of a local, independent business: years of experience, familiarity with local conditions (such as the chronic effects of the city's hard water on plumbing), exceptional craftsmanship, and absolute integrity in their work. Finally, both Joe and Jeremy were more than willing to share their extensive knowledge and experience regarding the challenges of maintaining an older house; I learned a great deal. I totally recommend Yolo Plumbing for any aspect of plumbing maintenance or repair. 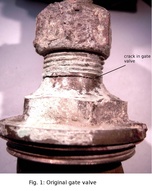 2014-09-24 10:06:35   Wow! I had my first experience with Yolo Plumbing last night, and I was impressed. Jeremy was professional and friendly. We had found the crack in the coupling for the water main, so he didn't have to do all the digging. He dealt with the problem quickly and thoroughly. Our earlier experience with Heidi (name?) on the phone was also very positive. We were recommended by Poot & Scoot—apparently he turns down projects that likely involve digging, due to his bad knees. So, Poot & Scoot gets the assist! :-) Well done, Yolo Plumbing! —DataNotGuesswork

2015-09-14 21:37:21   Bill with Yolo Plumbing came by to get us out of a jam, and he did a GREAT job. We had a pretty decent backup off of our kitchen and garage laundry area and he fixed everything perfectly, explained what he was doing as he went, and left everything spic and span when he was done. We would definitely recommend this company. —DebbieS

2015-12-03 23:54:03   I've had two great experiences. with Yolo plumbing. Both times they have been easy to reach and easy to schedule with. They've come to my house on time and both plumbers (different people both times) were really pleasant to work with. They explained what they were doing and I feel like I learn lots of stuff from them about plumbing, which is really great for a first time homeowner. —SiobhanOK