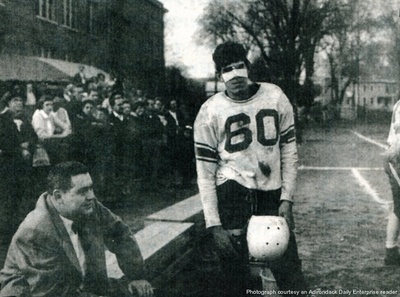 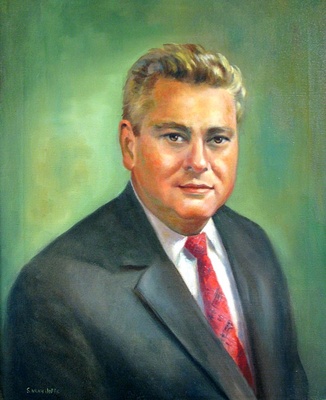 From the Adirondack Daily Enterprise, December 24, 1974

SARANAC LAKE - The village today mourned the death of Dr. C. Bradley Sageman, 53, who had practiced medicine in the community since 1950 when he first assumed responsibility for the patients of Dr. Charles Trembley on Church Street.

Everyone locally was either a friend or an acquaintance of the well-known physician who was born in this village and attended the Saranac Lake Schools. He was graduated in 1938 as valedictorian of his class.

He had exceptional talents in several specialized fields of medicine but chose to follow the role of the general practitioner. Dr. Sageman was a Harvard graduate and received his doctorate from the Harvard Medical School in 1946.

He interned at Boston City Hospital for a year and later served as captain of the Medical Corps for two years at Walter Reed Hospital in Maryland. He then served on the staff of George Washington Hospital for cardiology for another period of two years.

Dr. Sageman was very active in the village as a member of the Franklin County Medical Society. He served as president of the Saranac Lake Board of Health in the 1950s and on the staffs of both Will Rogers Hospital and the General Hospital of Saranac Lake. He was student physician for Paul Smith's College. At one time he was public health officer for Washington County.

The widely known doctor died Monday at Mary Fletcher Hospital in Burlington, Vermont where he had been a patient recently.

Dr. Sageman was a member of Alpha Omega Alpha national fraternity, the Saranac Lake Elks Lodge and the VFW.

The Fortune Funeral Home is in charge of the arrangements and said that the family requested that no calling hours be scheduled, but that a public mass be celebrated at St. Bernard's Church at 7 p.m. on Thursday.

The family also requested than any donations or gifts in his memory go to the favorite charity of the person making the gesture.