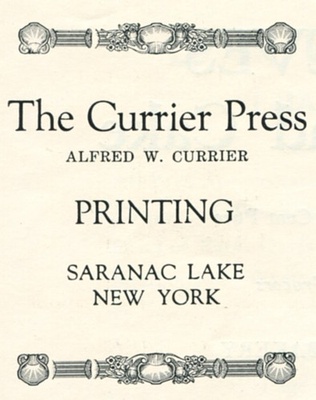 This information was provided by longtime Adirondack Daily Enterprise production staff member Dave Munn, who began working for McKillip's Commercial Press in 1950 and went with the company to Currier Press before joining the Enterprise staff in 1960. He remembers that the 1957 transition took place the same weekend as his wedding: He worked that Friday, got married on Saturday, had Sunday and Monday off and went back to work Tuesday for a new company at a new location. That new location was presumably 107 Broadway that housed Currier Press under Jim Finn, then Connie Amell, then Fred and Rick Finn until they closed in the early years of the 21st century.

This information came from a Correction published in the Adirondack Daily Enterprise, April 8, 2008.