Andrew Gross Custom Hatter was a downtown men's hat maker and repairer, in business for decades.

Andrew Gross continued in that location until the 1970s, when he sold the business. 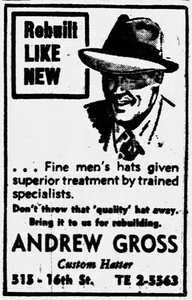 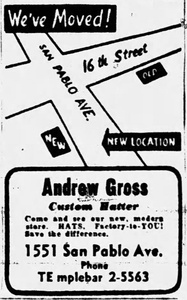 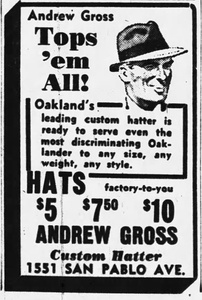 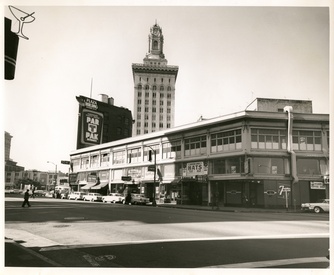 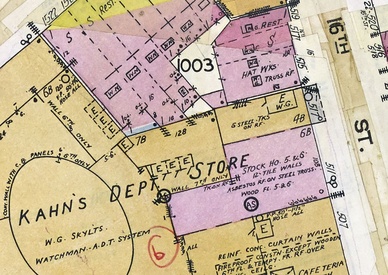 In 1927,4 Andrew married Bess Boyarsky (Gross) (January 31, 1904 – August 25, 1968), and they had two children, Justin Arthur Gross and Rhona Ruth Gross (Singer). 5 The Grosses were members of Temple Beth Abraham, where Bess was active. She was also a member of the local Hadassah chapter, 6 which supported women and women's health in what was then Palestine.

The Gross family lived for many years at 982 Grosvenor Place.

Bess and Andrew are interred in Home of Eternity Cemetery. 7,8