As one of Oakland's oldest neighborhoods it began to be settled by those other than the elites F.M. Smith and Dr. Pinkerton in the 1890's. (Oakland Tribune

A lot of western settlers, particularly in the area of the Lynn neighborhood, originally spent time on the East Coast prior to settling California. Potentially for this reason early advertisements of the Bella Vista neighborhood tout it as "The Beacon Hill of Oakland". (Oakland Tribune Oakland, California Thu, Sep 10, 1891 · Page 6) 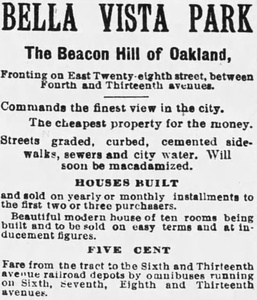 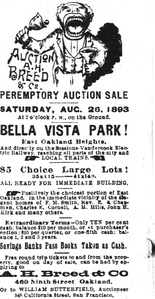 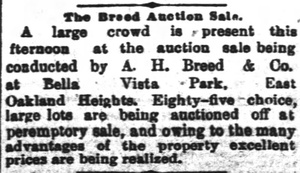