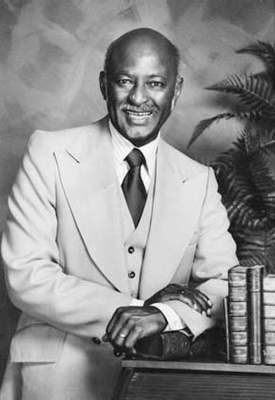 Gilmore was born and raised in Texas. He served in the U.S. Navy during WWII. In 1947, he married Liz Hampton (Gilmore) of Crockett, and in 1951 they moved to Oakland. They had six children: Carl, Clifford, Donald, Carol, Rodney and Janet.

He worked as a plant manager for Granny Goose, and served as president of the Alameda County chapter of the NAACP, and later of the northern California division. 1

He was known as the "Quiet Storm"—he had a gentle way of talking, but got things done. 2

Shortly before his death, on December 9th, Greenman Field on 66th Avenue was renamed in his honor.

After his death, Barbara Lee said, "His legacy will live forever -- he was a great man. He was like a true pillar, a solid rock, in our community." 1