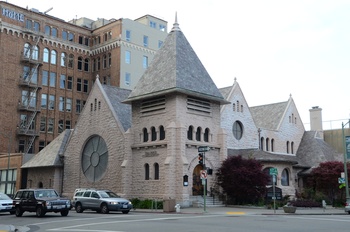 The building at 1701 Franklin St. in downtown Oakland is a Romanesque-Revival-style church built by First Church of Christ, Scientist, Oakland. The cornerstone was laid in 1900 and the building was opened and dedicated free of debt on January 5, 1902. 1,9 Designed by Henry A. Schulze out of Nevada lava stone over a granite base, 1 the church has a number of large original stained-glass windows that were designed by Charles Grolle and made in Chicago, Illinois by the firm of Flanagan and Biedenweg. 2

Minor repairs were needed to the church following the Loma Prieta earthquake in 1989 as well as the 1906 earthquake. In late 2015, the church held a farewell Christmas concert. The church building was sold to become the headquarters of Jeremy's, a local women's clothing chain, but the owner of the chain announced in early November 2016 that these plans had fallen through due to permitting delays. 3, 4, 5

In July of 2019, a relatively new church known as Resurrection Oakland Church purchased the property, and began holding services in the building on September 15, 2019. 6 Nzilani Glass of Oakland in February 2020 completed a six-month restoration project to conserve the sanctuary's large 12 panel, inverted stained-glass dome. The "Stained Glass Dome Conservation of Resurrection Oakland" was the winner of a 2020 Preservation Design Award for Rehabilitation. 7 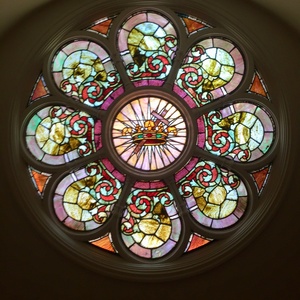 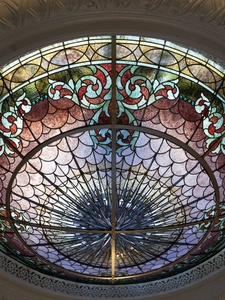 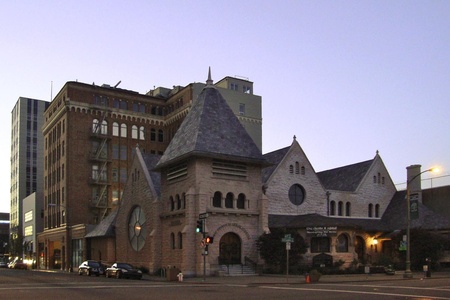