The town of Fitchburg was officially incorporated into the city of Oakland on December 8, 1909.

Fitchburg was named for the Fitch family, which owned most of the area. The family included Caroline Fitch (Runkel) and her brother, Henry S. Fitch.

A Los Angeles Herald article says it was named just for Caroline, 1 but H. S. Fitch owned property there, too. 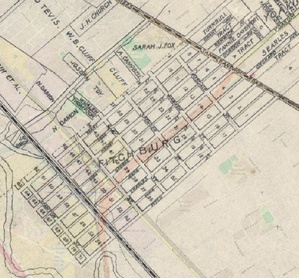