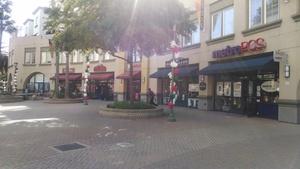 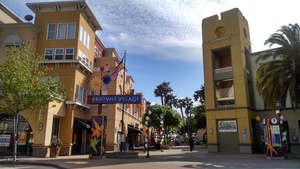 The transit village was a development effort by the city, planners, neighborhood activists, and developers, to bring a mix of housing, services, retail, and transit together near the Fruitvale BART station.

There's a plaza that runs through the development creating a pedestrian area between the BART station and International Blvd. There's a farmer's market here on Thursday afternoons, but even when there's no market, there are sometimes vendors in the plaza.

In addition to services and stores (see below), there are 47 apartments with 10 designated as affordable units. 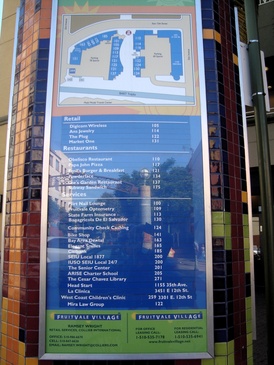 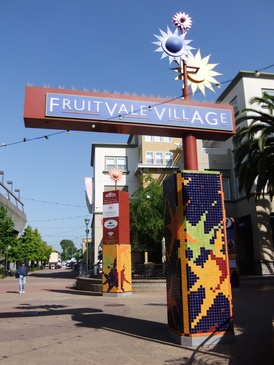 The Unity Council and its Executive Director Arabella Martinez were one of the key driving forces behind this project. This 2005 case study provides a highly detailed look at the project and how it came together.